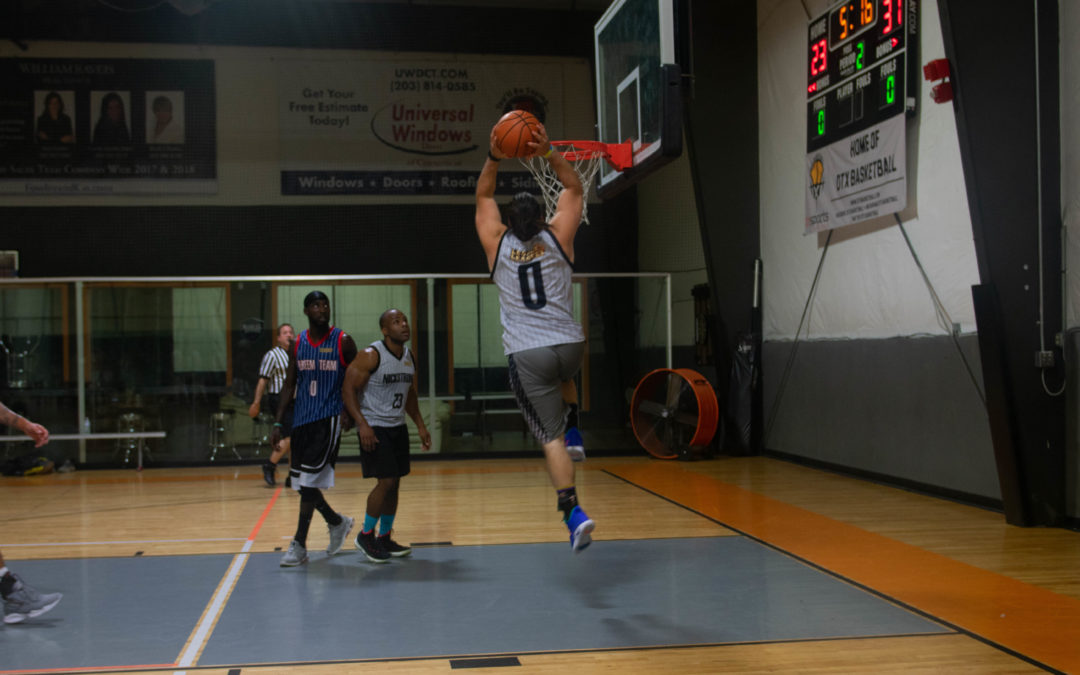 A short-handed Redeem Team took a tough loss against NickStrong in Week 5 Monday night when only three guys showed up for the game.

There were some impressive numbers put up by NickStrong. Taivarr Pierce had 31 points and Anthony Vessicchio dropped 19 points. They ran hard and kept Redeem Team’s players Dontae Abbate, Melquan Horton and Eric Singleton on their toes all night long.

The three man team held their own despite their lack of manpower and were only behind by ten points at the half. Vessicchio’s brother, Mike, had 17 points on the night and had a lot to say about the no-shows from Redeem Team.

“That’s our rivalry; We’re friends with a lot of the guys on the [Redeem] team, they just didn’t show up,” Mike Vessicchio said.

Vessicchio has had many friends throughout this league from other teams, including Nick Durso of Redeem Team who was a former player for NickStrong.

NickStrong won their last two games in a row, now sitting at 2-3 in the standings.

One of their goals is to take on the Flint Tropics again as they have been a force on the court and haven’t let any teams defeat them. They played them in game one for the season on June 3rd and lost 80-65.

“We want to play Flint Tropics again, they’re the best in the league and we like playing against the best.” Morale said.

Any team’s ultimate goal is to make a deep run towards a Championship, and Nickstrong says they like how their team is playing through five games of the Summer 19 season.

“We think we can play anyone in this league, it’s just a matter of our team showing up, having all our guys and our pieces,” Frank Morale said. “Chris [Leak] was a huge addition and we feel like we can go deep this year.”