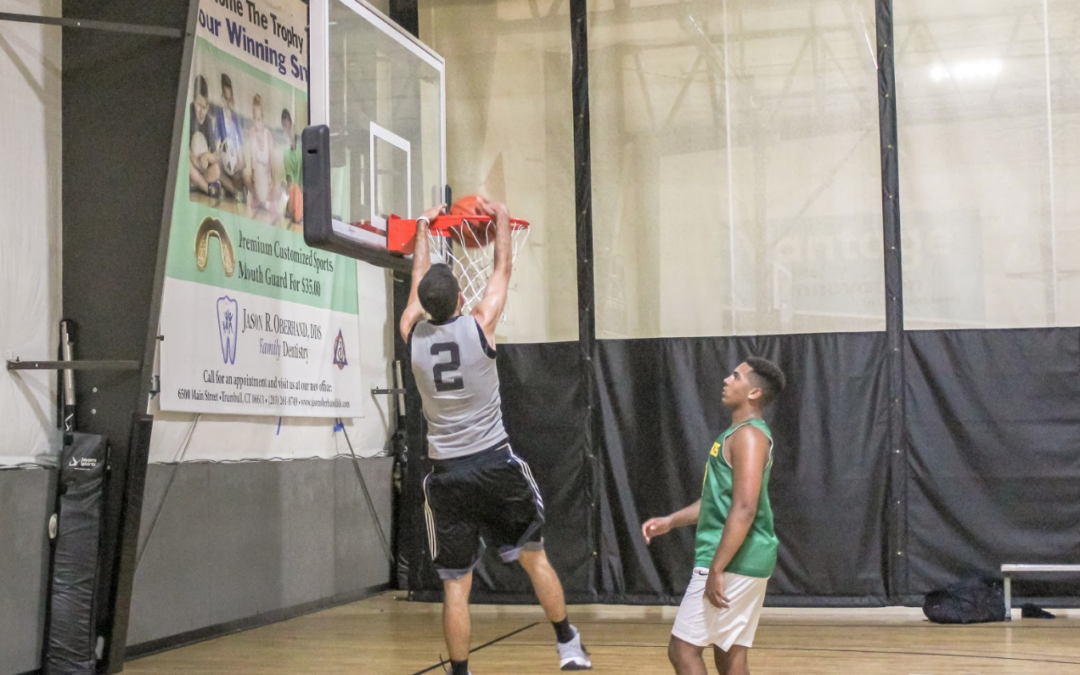 In order to secure a spot in the second round the No. 12 Head Hunchos, not only had to upset No. 5 Nickstrong, but had to do it all without star player Brett Cody. However, the combination of a lack of Cody in the lineup and a bullish attitude from the opposition resulted in a 75-53 elimination victory for Nickstrong on Monday night in Trumbull, Connecticut.

“We outwork them down low, they couldn’t defend us in the paint and ate them on the boards,” Frank Morale said following his team’s win. “It was easy down there, but it’s easy work.”

But the game wasn’t easy from the start. It was neck-and-neck all the way until the second half.

While the Vessicchio brothers did what they usually do — score from deep and set up their other bigs down low — for Nickstrong, Danny Bartoli and Keenan Carey led the way for the depleted Hunchos squad.

They were able to cut their deficit down to 25-24 following Carey’s heavy putback dunk late in the second half, but afterward, there wasn’t much offense coming from that end.

Nickstrong exploded for a third-quarter in which they outscored their counterpart 26-7. It was no fluke either, the lead came in part due to Nickstrong’s steady half-court press, which they implemented more in the second half.

From there, Nickstrong utilized their depth past the Vessicchios — Ryan Florentine finished the night with a sneaky almost-triple-double — to cruise through the fourth quarter and onto the second round of the playoffs.

While the Head Hunchos’ season is over, Nickstrong will prepare to take on No. 4 Team Moose in another best-of-one elimination game next week.