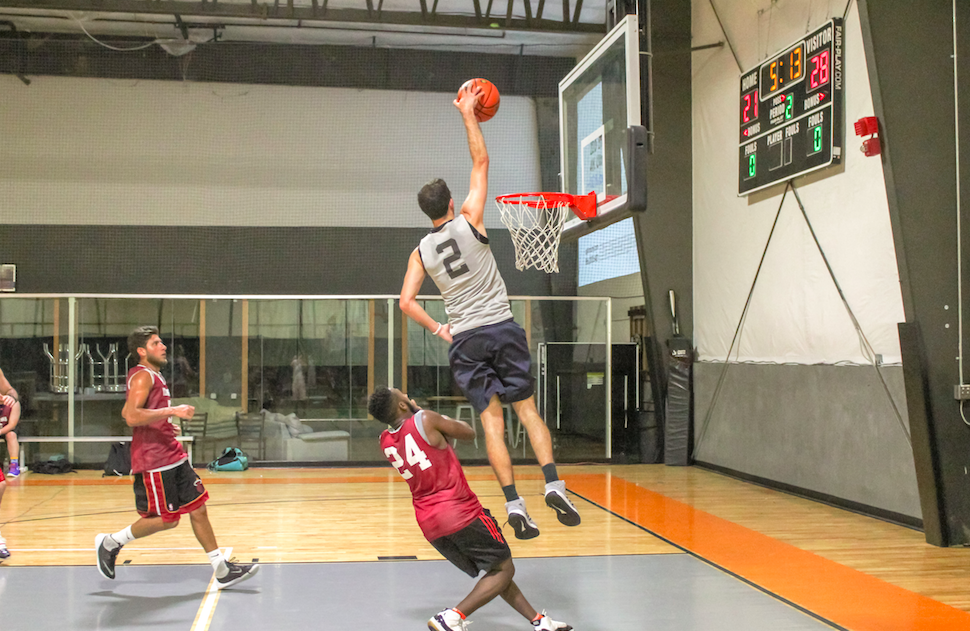 Nickstrong gets their fifth win on the season by beating the Young Kings, 64-59. This win advances them to 5-2 and the Young Kings fall to 2-5. However, the Young Kings really never give up on a game. It is very challenging to put them away as it seems like week after week they are in a tough contest.

Nickstrong was led by the duo of the Vessicchio brothers with Michael scoring 21 points and Anthony adding 15 and nine boards to his stat line. Frank Morale was a beast in this game grabbing 11 much-needed clutch rebounds to help hold off the Young Kings.

Nickstrong also only had five players in this game which did not slow them down. They really stepped up their defensive efforts and played some of their best defense of the year and it was sorely needed this week. The Young Kings only shot 39 percent from the floor and 21 percent from three. Credit the defensive effort by Nickstrong for that happening.

Marcquis Davis had 24 points and 10 rebounds and Myles Raymond added 13 points and 12 rebounds but it just was not enough. Nickstrong started to pull away a little bit early on but these two really stepped up and kept their team in the game and fighting.

Nickstrong looks to make a statement win as they take on the Rim Breakers whereas the Young Kings battle Dinners Served.

Taivarr Pierce felt a little slighted this week because Nickstrong despite their better records was behind the Young Kings in the power rankings.

“This win felt good because we were down in the power rankings, a lot of fun, they’re a good athletic team so it was good,” Pierce said.

He then went on to compliment the way the defense came through.

“We played really good defense and hit our free throws, those were key,” Pierce said.