NickStrong grinds out win against Above the Rim 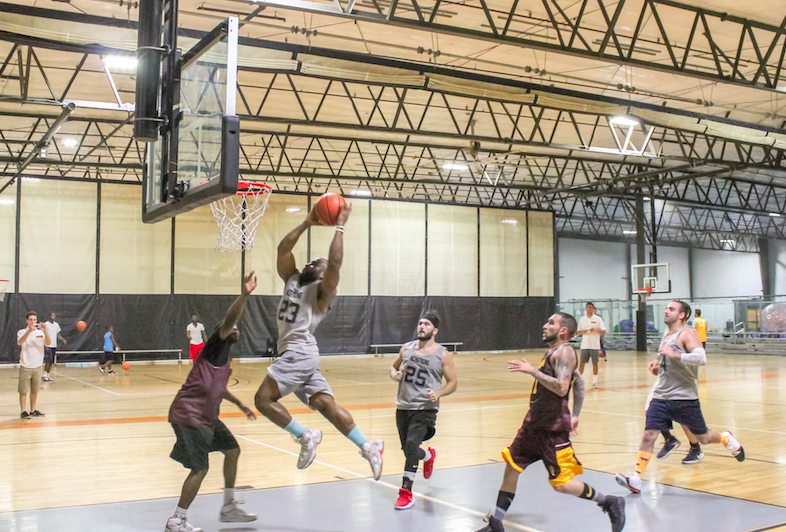 In a sluggish, turnover-filled game, Nickstrong prevails over the winless Above the Rim 73-55 to get above .500. It was not the prettiest game that’s for sure, however, Nickstrong showed they were the better team throughout the game by never taking a playoff.

It was a surprising four-point lead for Nickstrong at the half, but Above the Rim never went away early, led by Percel Boyd with 18 points, and Eric Windley with 17 points. These two were keeping their team in the game by constantly knocking down buckets early on. Every time Nickstrong started getting hot, Above the Rim would hit a much needed three.

The second half was a different story. Nickstrong never looked back due to the Vessicchio brothers getting hot and Above the Rim running out of gas. Anthony Vessicchio led the team with 28 points and 15 rebounds, while Mike Vessicchio added a much needed 19.

This win was not easy though, as Anthony Vessicchio praised his team’s mentality.

“We’re just having fun and playing hard,” Vessicchio said who battled the humid gym on this hot July night.

Both teams went with only five players a piece which adds an entire level of difficulty once the dog days of summer starts rolling in. Getting up and down the court was a challenge for both teams, but it did not slow down Nickstrong’s tempo and grit each possession.

Vessicchio credits the experience they are gaining in the league for their success.

” I think we’re getting in more shape, less selfish, trying to get our groove, and also getting used to the hoop size.”