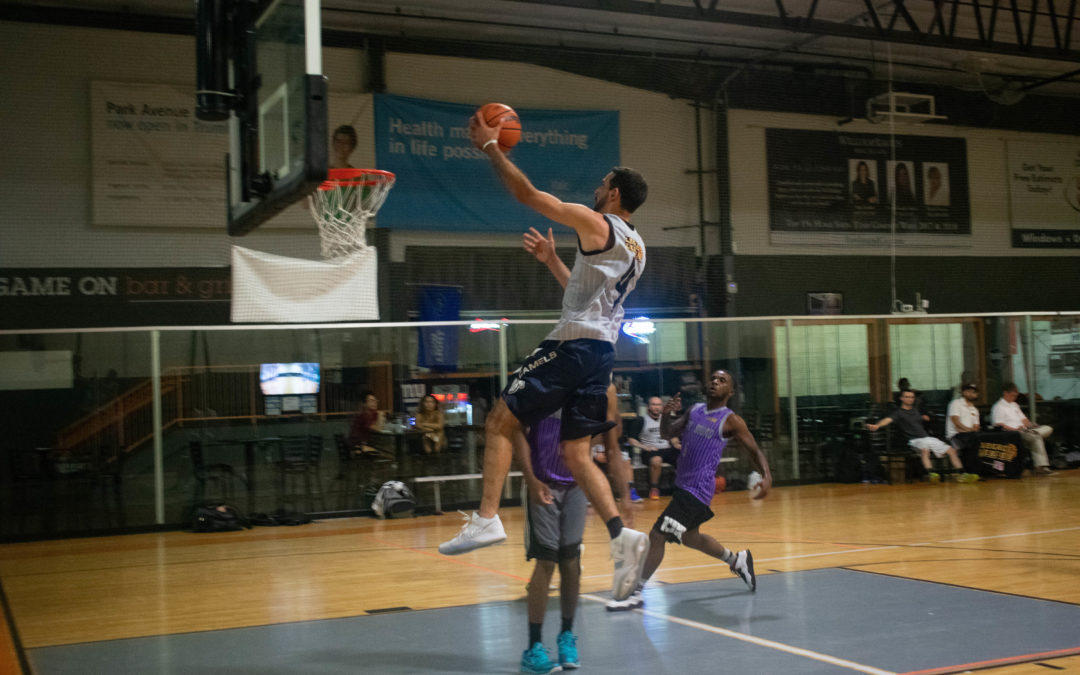 Having begun the season 0-3 with possibly the toughest strength of schedule, NickStrong turned a corner in the second half of the season to win two-straight games going into Week 6.

Facing a talented team in Tune Squad, lead by Jaden Battle, NickStrong picked up a much needed win, 81-52, as the team continues to roll into the later stages of the season.

In the first three weeks of the season, this NickStrong team played arguably the three toughest teams in this league in the Flint Tropics, Shocker City, and Run TMC.Although all were losses, this team played those games as tough as any team has played this season. Coming away victorious in the past few weeks should surprise no one.

“We wanted to make ourselves known as not an 0-3 team because we knew we weren’t an 0-3 team,” said Michael Vessicchio, the team’s leading scorer with 26 points and eight rebounds.

From the jump in this one, NickStrong was dominant both on the glass and on defense. Michael Vessicchio, who is second in the league averaging 21.3 points per game did his job by dropping 26 points, but it was a complete team effort that carried this team over the top.

NickStrong was guided by major contributions from Anthony Vessicchio (16 points) and Ryan Florentine (18 points), who is one of the most underrated players in this league. Florentine can knock down the three-ball, and is a lockdown defender who snatched seven steals in this contest. His teammates even think he deserves some hardware.

“Ryan Florentine, Defensive Player of the Year. He guards the best player every week and shuts them down,” said Frank Morale.

When Morale is right for NickStrong, they are an impenetrable force. In terms of Ryan Florentine, he was Jaden Battle’s impenetrable force in this one. Battle, who is currently third in the league in scoring (20.5PPG), had a very tough night with Florentine locking him up. Still dropping ten points, Battle shot just 5-for-14 (35.7 percent) from the field.Chad Mckoy had a solid night with19 points and ten rebounds, but both Mckoy and Battle will need to have stellar nights if Tune Squad is going to pick up another win.

As for NickStrong, with their tough schedule behind them, and three nice wins in a row, they have their sights set on the playoffs, and believe other teams have something to look out for come the postseason.

“Come playoff time, I don’t think anybody’s going to want to play us. Win or lose, I think we’re going to give everyone a tough game,” said Vessicchio.