NickStrong rises in standings, proves that experience and depth are key 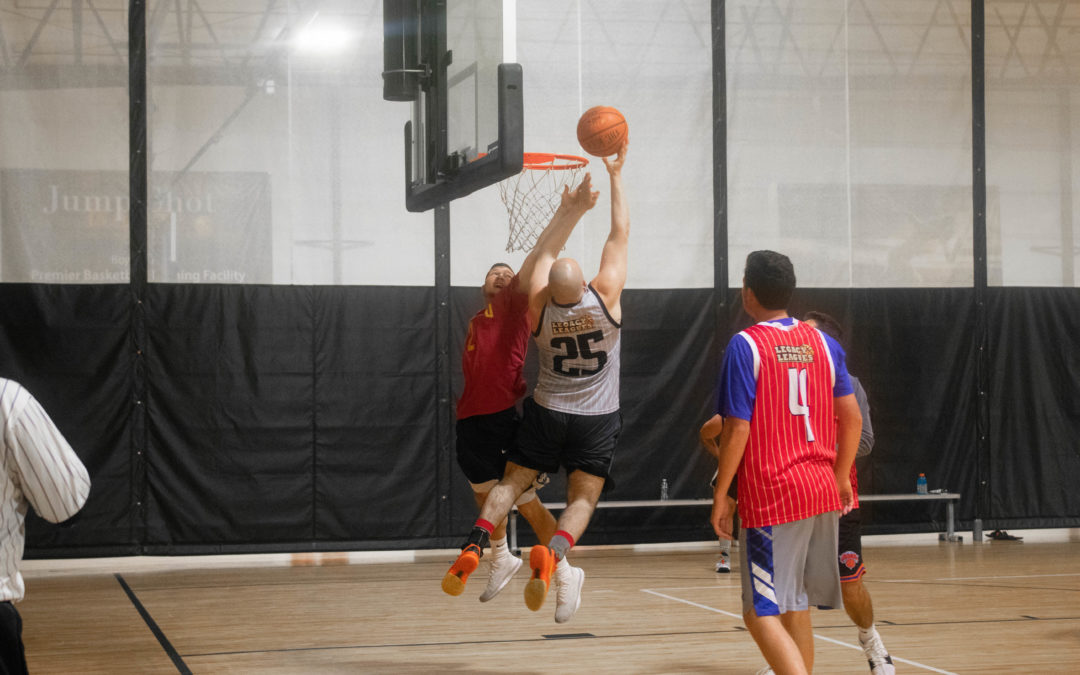 NickStrong continues to show up in Week 8 after a blowout game against rookie team, Silly Sehnders. Although this team has a lot to offer, they don’t have the experience and depth that NickStrong does to forge ahead in wins.

“They need more than four guys. The last two seasons that was our problem; Getting guys here,” Frank Morale said who had 28 points scored on Monday. “I know they’re a good team with all their guys, they play competitive.”

Having depth in this league is huge. In previous weeks, we’ve seen teams crumble because of their lack of manpower on the court. Playing down a man or without substitutions can be detrimental.

“That’s how we were the first couple of years, you get exhausted,” Mike Vessicchio said. “A couple more players makes a difference.”

Next week is the last regular season game and NickStrong will take on Scotts Tots who had a huge upset win by one point on Monday night against Shocker City. They proved again that anything can happen in this league and each game is different.

“[The plan is to] keep momentum going, we got a team we know next week and we’re boys with all the kids on the team so it’ll be a fun game.” Morale said. “We want to close out the season with six straight [wins].”

Following a slow start to the Summer 2019 campaign, Nickstrong revamped their play style which has ultimately lead to their recent success. Their final game of the regular season should feature exactly what they have shown in recent weeks.

“We gotta fight aggressive, they’re all like our younger brothers,” Vessicchio said. “A rivalry game amongst friends; We’ll play hard, get in their heads, you know the usual.”

At this point, anything is possible and NickStrong is looking for a fight in two weeks. If they can continue to get all their guys to show up, keep their shooting averages high then they can be a force in the first round and make a run for the championship.

“We want to come up and surprise people,” Vessicchio said. We’re showing that we still got something left in the tank.”