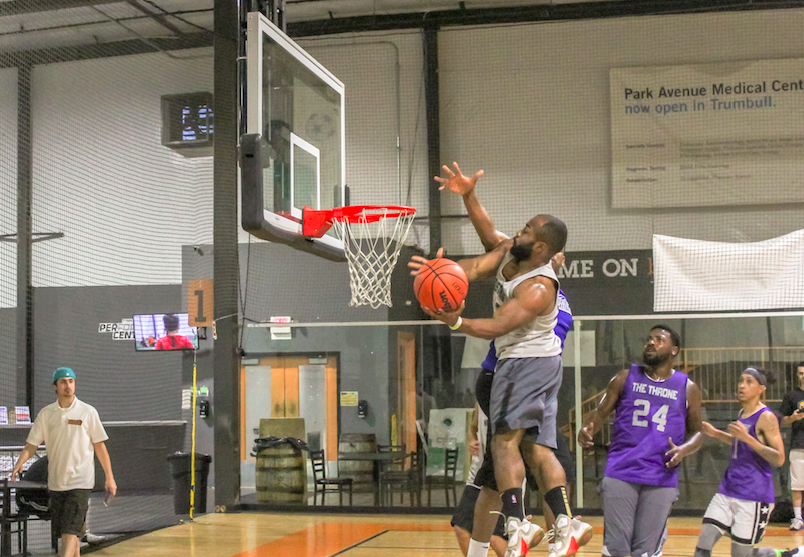 In what was a game that seemed a lot closer than the 72-54 finish, Nickstrong silenced the critics and took care of business against The Throne. It started off as a back and forth high action game but a 25-11 fourth quarter led Nickstrong rolling into the playoffs.

This was the type of game people wanted to see if Nickstrong was the real deal or not.  After tonight, the answer is clear. Nickstrong is in fact for real and not to be taken lightly. The will start off in round one against the Head Hunchos.

The Vessicchio brothers have turned out to be an awesome duo. Anthony led the way with 25 points and 12 rebounds while Michael and Ryan Florentine added 16 apiece. We are constantly seeing this team led by these guys and they are going to need to carry them to make a nice postseason run in their impressive rookie seasons.

This game was all about grit and hard work.  Nickstrong just wanted this game more. They were faster, tougher, and more physical which is very tough to do against a physical Throne team. Nickstrong outrebounded them 40-28 and it was with all heart and determination.

When things were not going NickStrongs way during the game, they did not get down on themselves. They picked each other up and rallied which is an uncommon thing seen in this league.

Dominique Langston and Erick Langston once again led the way for The Throne. They each added 14 points and 13 points respectively. This was an unusual game for The Throne and would be shocking to see them come out flat again next week.

Ryan Boroski credits the team’s hard work for the win. “We hustled and played team defense which was huge. The defense turned into offense and we wanted it more,” said Boroski.