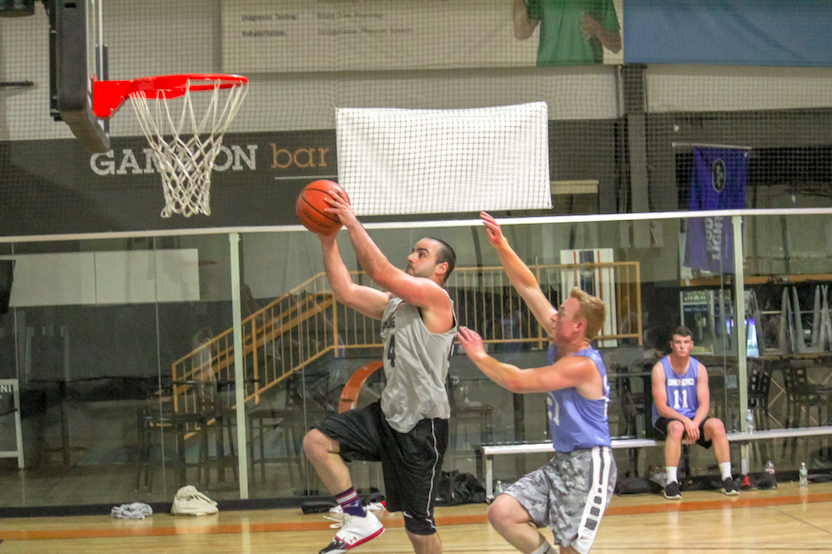 NickStrong added another player to their roster Monday night to add some depth after dropping two games in a row. They got contributions from everybody, helping them put a stop to their two game losing streak by beating Dinner’s Served, 72-59.

Five players scored in double figures and Frank Morale led the way with 18 points and 13 rebounds. The Vessicchio brothers, Anthony and Michael, also combined for 33 points. Being able to rotate bodies in and out proved to help everyone contribute on Monday night for NickStrong.

“We had extra guys so we were able to stay up a little bit more and keep our energy up,” Morale said.

NickStrong added 13 offensive boards and out-rebounded Dinners Served 39-31. A lot of possessions were kept alive and allowed them to grab the lead and maintain it after trailing after the first quarter.

“We had a lot of offensive rebounds tonight, that’s what it was,” Morale said.

Dinner’s Served was led by Matt Terrasi with 21 points on 58 percent shooting. Dinner’s Served wasn’t able to continue their rhythm after grabbing an early first half lead. They drop to 1-3 on the season and will meet the power house Rim Breakers in Week 5. NickStrong moves to 2-2 and will look make it two wins in a row against the winless Above the Rim next week.

“We just want to keep our momentum going and take it to them to try to get a win,” Morale said. “We don’t look at anyone as worse than us,” Morale said.