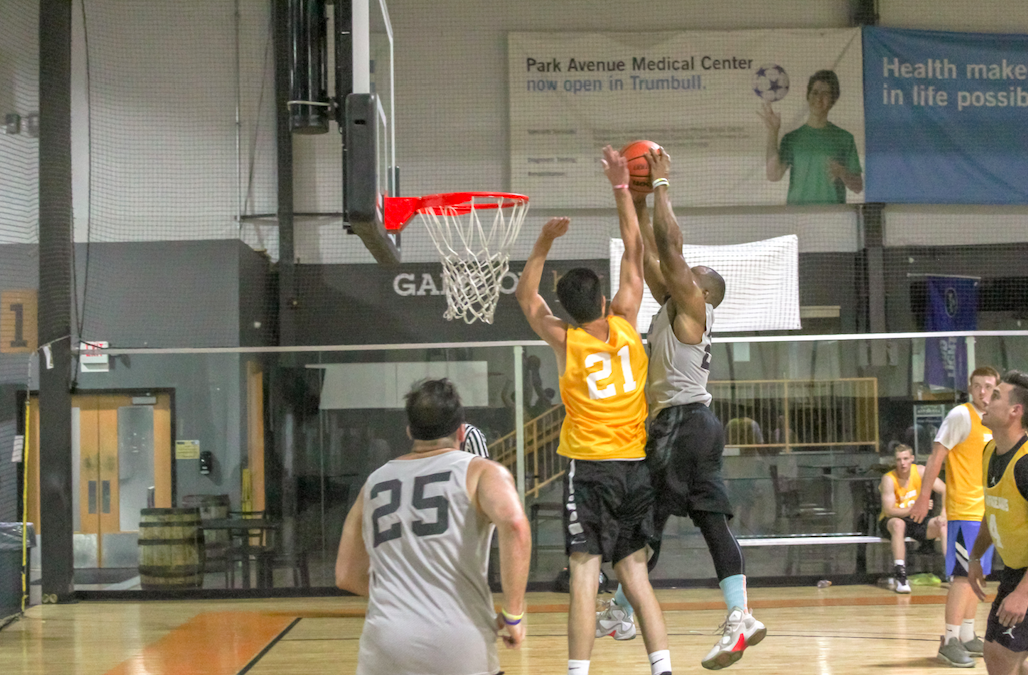 It’s been an up and down season so far for NickStrong.

Monday night’s 68-58 win over J’s Treys & Fadeaways now gives NickStrong their fourth win on the season, while the J’s get their fourth loss.

Inconsistency has been NickStrong’s biggest problem. After week six, however, they hope things will change as they put on an all-around solid performance. Another low scoring defensive battle was the story of the game. NickStrong forced J’s Treys & Fadeaways to shoot just under 40 percent from the field and 31 percent from downtown.

The entire team recorded a bucket and only turned the ball over six times. Michael Vessicchio led the way with 24 points, while Ryan Florentine tacked on 15 points to go along with his four rebounds, three assist and three steals.

“A lot of it just came down to defensive hustle, we each started off the game off being lackadaisical especially with the missed shots, once we got into them and started playing defense on the ball, we really just turned the game around,” Ryan Florentine said.

NickStrong started off the game down 15-0. After they finally caught up early in the second quarter, they never trailed for the rest of the game.

J’s Treys & Fadeaways, on the other hand, looked really good opening up the game, but that would soon come to an end. Regardless, Joe Nemchek played a great game, finishing with 31 points. Eddie Goivannini also carried his workload and put up 18 points and ten boards

Now that NickStrong finally has their full roster, they should finally be playing up to their standards as they did Monday night. It’s also worth noting that in their two losses, they didn’t have their entire team in attendance.

“Don’t take us lightly, we had a couple of tough losses early in the year but now we’re all here, we’re all starting to gel together after playing with each other a little more,” Florentine said.