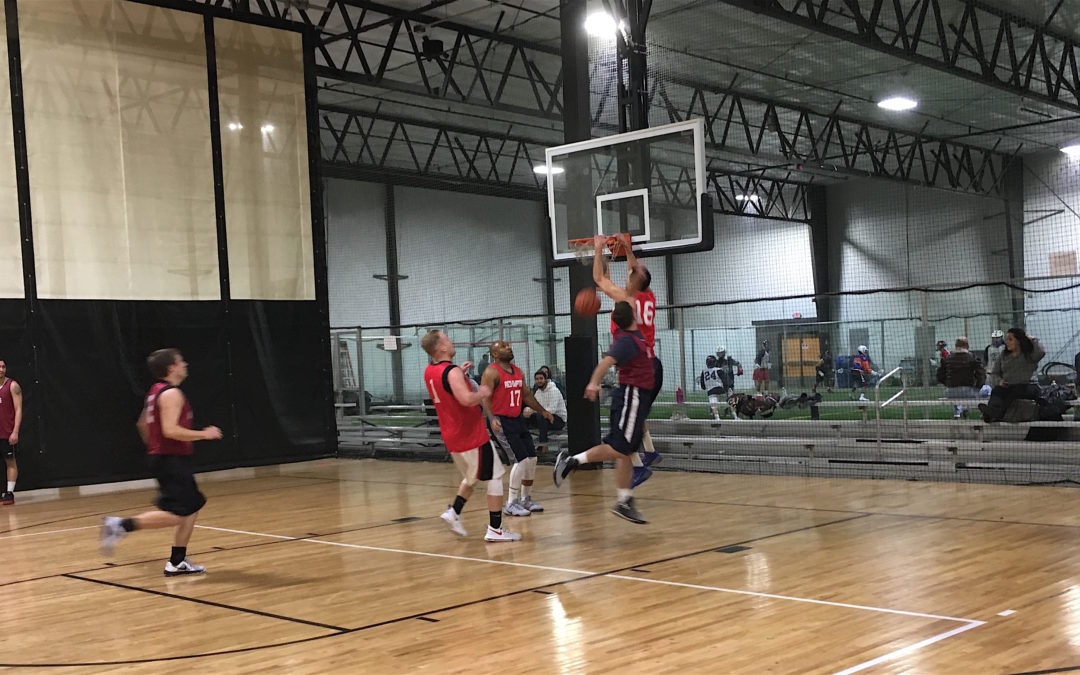 In a blowout game that was over before it started, Red-emption earned their third win of the season against Avengers, who picked up their fourth loss in a 92-43 game. Red-emption came back stronger than ever after a tough loss to Temptations in week 4.

Red-emption was missing their star player tonight, Jalen Graham, but they proved to be just as powerful without him. Using their height to their advantage, Red-emption was able to score many of their points inside with layups and dunks, shooting 55 percent from the field.

“Well we just played together, I mean, we actually had like 20 passes. Before we would shoot we kept passing and passing until someone finally put the ball in the hoop,” Red-emption’s Scott Corchard said. “We just kept trying to feed the ball inside, try to get some easy baskets instead of forcing threes when we don’t need them.”

In addition to the offensive side, Red-emption’s height worked well to stop the Avengers. The Avengers shot 29 percent from the field, and an even worse 21 percent from three point range. For a team that lives and dies by the three ball, tonight was a night the Avengers would rather forget.

Red-emption hit the ground running tonight, leading 20 to 7 after the first quarter. The lead only grew as the game continued, with Red-emption scoring twice as much as Avengers in every quarter besides the second.

It was a solid team effort with six players scoring in double digits. Scott Corchard and Pete Sklarz led Red-emption with 17 points each while Mike Freeman followed up closely with 15 points and ten rebounds.

Red-emption goes up against Sportslook next week as Corchard will attempt to beat his former team.

“We just got to keep playing exactly how we played today. Play together, keep moving the ball, and we’ll be alright,” Corchard said.