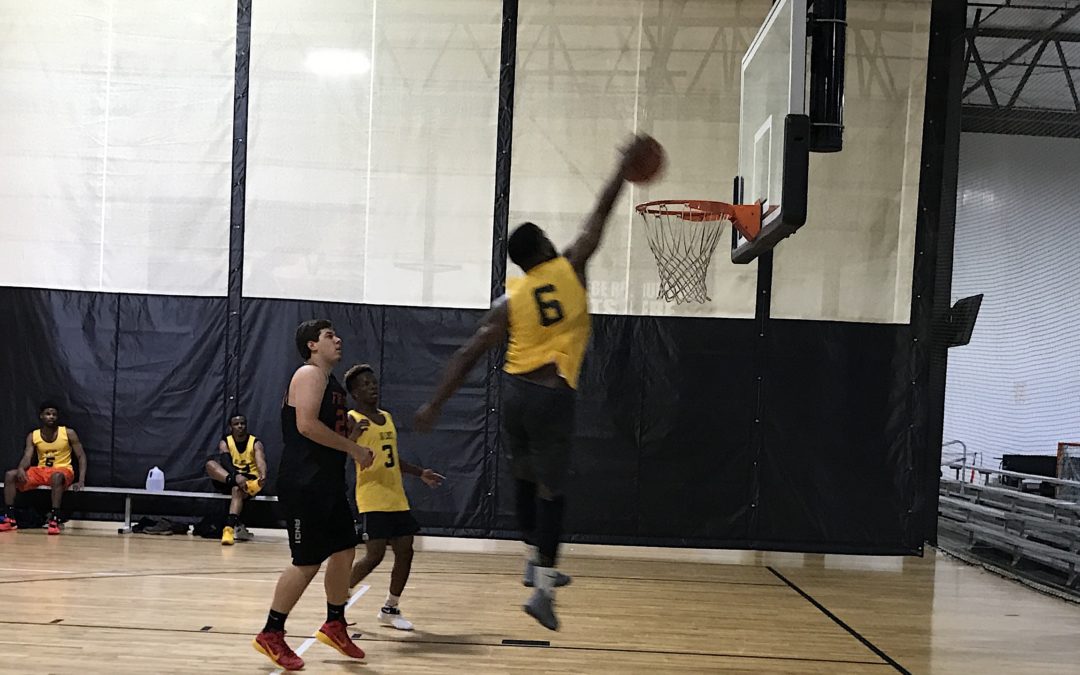 When the schedules were released prior to the season, No Limit definitely did not circle their matchup against a lesser opponent such as Fry Time for Week 4. However, they showed up hungry and completely dominated like they did, finishing with a score of 118-45.

In lopsided matchups, quite often you see the better team get complacent, and play down to the level of their competition. That wasn’t the situation Monday night for No Limit.

Rashawn Hendricks was a man amongst boys, finishing only one steal away from a triple-double. Hendricks closed out the game with 12 points, 17 assists and nine steals. Hendricks clearly understands his role on the team, functioning as the heart of the defense and floor general for the offense.

“He’s the best player in the league,” said Vargas. “All around, he’s better than everybody else.”

Hendricks unselfish distribution of the basketball allowed four of his teammates to score at least 20 points each.Vargas, Howie Miller, Ty Sands and Ronte Byrd were all outstanding on the offensive end in this one, pairing their large scoring outputs with high shooting percentages from the field.

As for Fry Time, they continued to search for their first win, remaining one of the final three winless teams through four weeks. They were completely outmatched in this one, lacking the ability to keep up with No Limit on both ends of the court.

Despite the dreadful start, there is still plenty of time to get in the win column, which could very well be possible next week against a 1-3 Flight Club, a team who is also coming off consecutive losses.

No Limit finds themselves on the other side of things, remaining as one of the only three teams who are yet to lose in the this season. It will be very intriguing to see how long they can sustain this high level of play going forward.