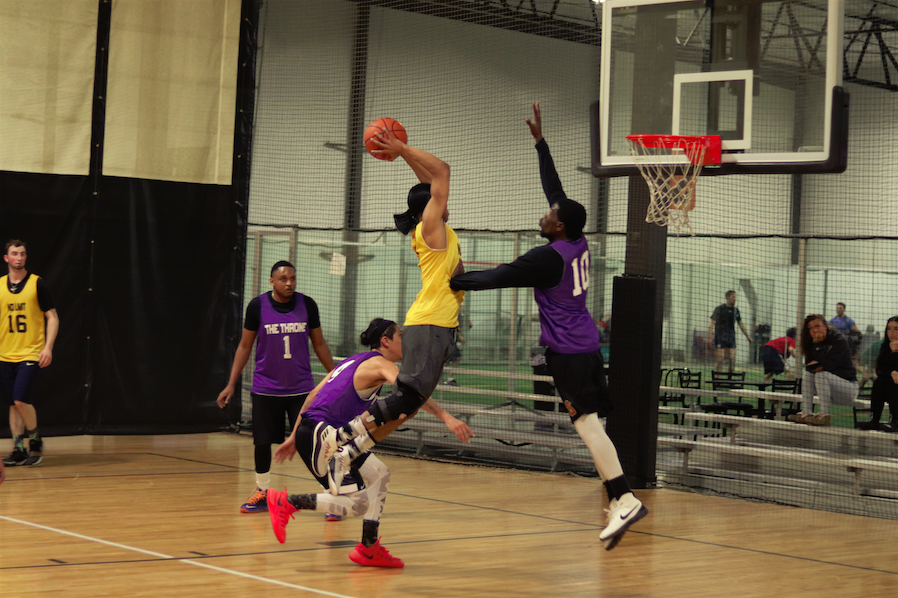 No Limit was missing former MVP and three-time All-Star Tarell Vargas Tuesday night but they would not be handed their first loss as No Limit beat The Throne 73-70 in a highly contested battle. No Limit finishes the season as the no.1 seed sitting at 9-0, while The Throne finishes at a disappointing 2-7 record, taking with them the 11-seed headed into the postseason.

Rashawn Hendricks and Shaquan Jackson will be haunting The Throne’s dreams as they were all over the court Tuesday. Hendricks was his normal high-energy self, stuffing the stat sheet like no other finishing with nine points, 18 rebounds, nine assists, and seven steals. When Hendricks is in this mode No Limit is nearly impossible to beat especially when he guards the opposing team’s best player.

Jackson exploded this game and truly showed the league how much of a force he can be by adding 18 points and eight assists while only missing three shots on the night.

“No Rell, no problem. We’re coming for the championship,” No Limit’s Derrick Davis said. “We see the goal in front of us and we’re getting it. Championship or bust.”

Despite the loss, The Throne played an amazing game and showed they can compete with anyone in this league. Jason Hernadez continues to be a bright spot for this Throne team.

In addition, JR Wright has come alive these last few weeks and just been a monster down low finishing with 12 points and eight rebounds. The Throne will need more help from its depth if they look to make a deep run into the playoffs.

At the conclusion of their game No Limit’s Will Hudson made sure to give a little shoutout to his former teammate and Legacy Leagues Commissioner Joey Zocco. “Hey Joey… we are 9-0.”

No Limit looks to continue their hot streak going into the playoffs with a first-round bye, while The Throne awaits a rematch against The Rim Breakers.