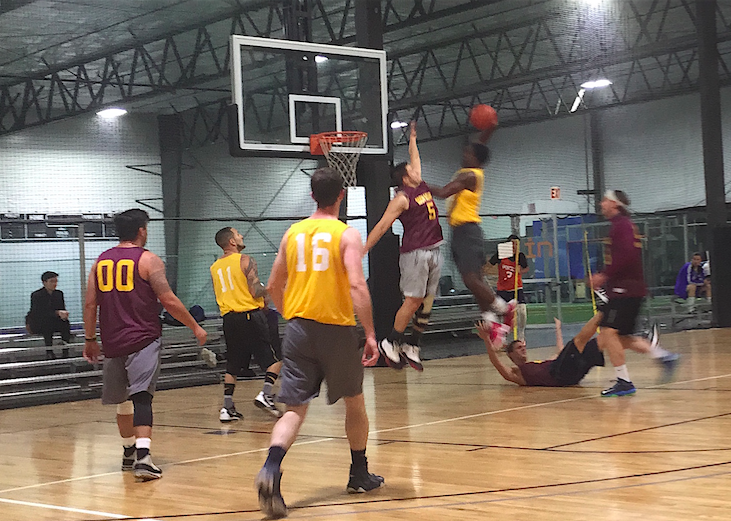 After being tied at halftime, No Limit was able to pull away with the combined efforts of John Rullan and Tarrell Vargas, outscoring Goon Squad by 19 in the second half on their way to a 74-55 victory.

John Rullan is a jack-of-all-trades. With 28 points, seven rebounds, three blocks, and three assists, he was the catalyst for No LImit’s decisive 19-point win over the formerly undefeated Goon Squad. This was a quiet 28 points, so watch out.

Ankle breaker, alley-oop catcher, destroyer of baskets are all fitting descriptions for No Limit’s Tarell Vargas. With 18 points, nine boards, and 5 assists, his versatility was on full display. If this man is on the fastbreak, get the popcorn ready.

Matt Marconi showed flashes and had 17 points and seven rebounds for Goon Squad.

“We know what we need to fix,” Marconi says. “We are out of shape, missing foul shots, and not shooting a high percentage from the field.”

Goon Squad will take on Sportslook (3-0) next week at 10 p.m. No Limit will hope to continue their winnings ways next week as they take on the Titans (0-3).