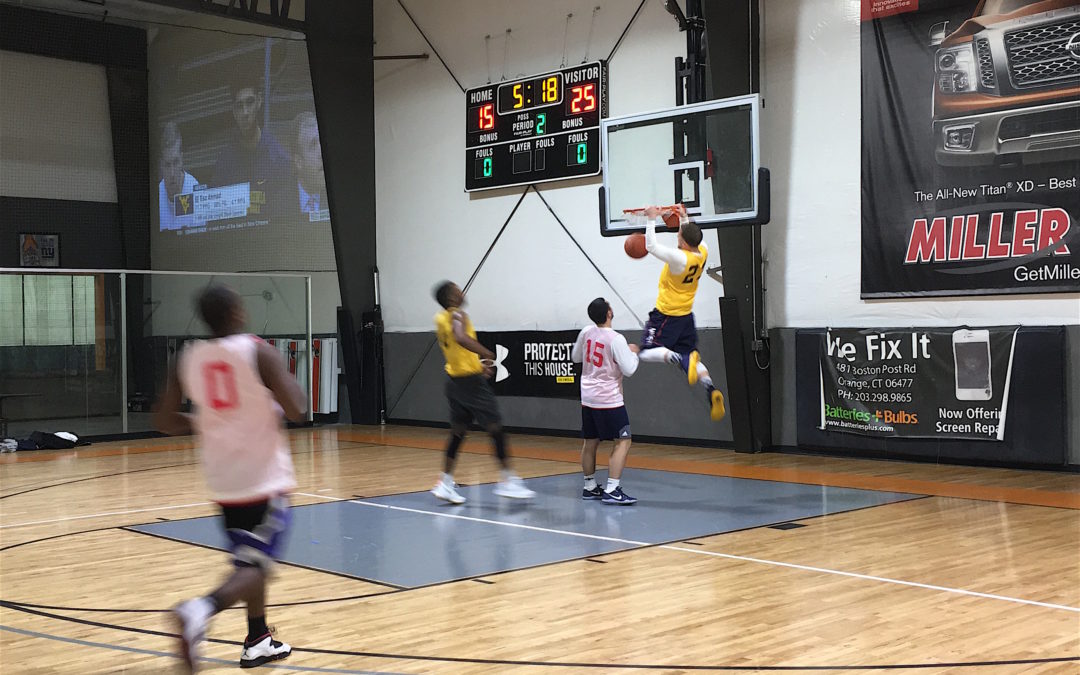 In a highly anticipated week five matchup, the top two teams in the league squared off Monday night. It was number one No Limit who won handily against the number two Monstars, 80-68. The story of the game was the resurgence of Tarell Vargas. After a mediocre game last week against Lob-203, Vargas could not be stopped tonight as he went for 30 points shooting 12-for-15 from the field along with eleven boards.

The second half was when the wheels started falling off the wagon for the Monstars. As No Limit looked to secure the most meaningful win of its early season they kept their foot on the gas down the stretch.

Frustration started to leak into the Monstars’ game as their perfect season started to slip away. After Jibril Chisholm of the Monstars was hit with his second technical foul and ejected from the game, it was all No Limit from that point on.

“We ran…ran and pushed the tempo. That’s it. They wanted to play fast too, so we just matched their tempo and they couldn’t keep up with us,” No Limit’s Tarell Vargas said.

In the early going the Monstars were able to keep it close, trailing by only one at the end of the first quarter. However, No Limit kept the pressure on running on every possession pushing the fast-break and were able to outscore the Monstars 26-12 in the second quarter.

Kevin Rivera caught fire and finally broke out for his new team. Rivera flew down the court time after time for easy dunks and points in transition adding another scoring option for Monstars to account for.

In the end, the Monstars cut the deficit to single digits, but were forced to foul and give away easy points at the charity stripe. In the loss, Monstars’ Reggie Stewart still shined through with 29 points on 12-for-23 shooting.