No Limit holds on late to take down the Blue Devils 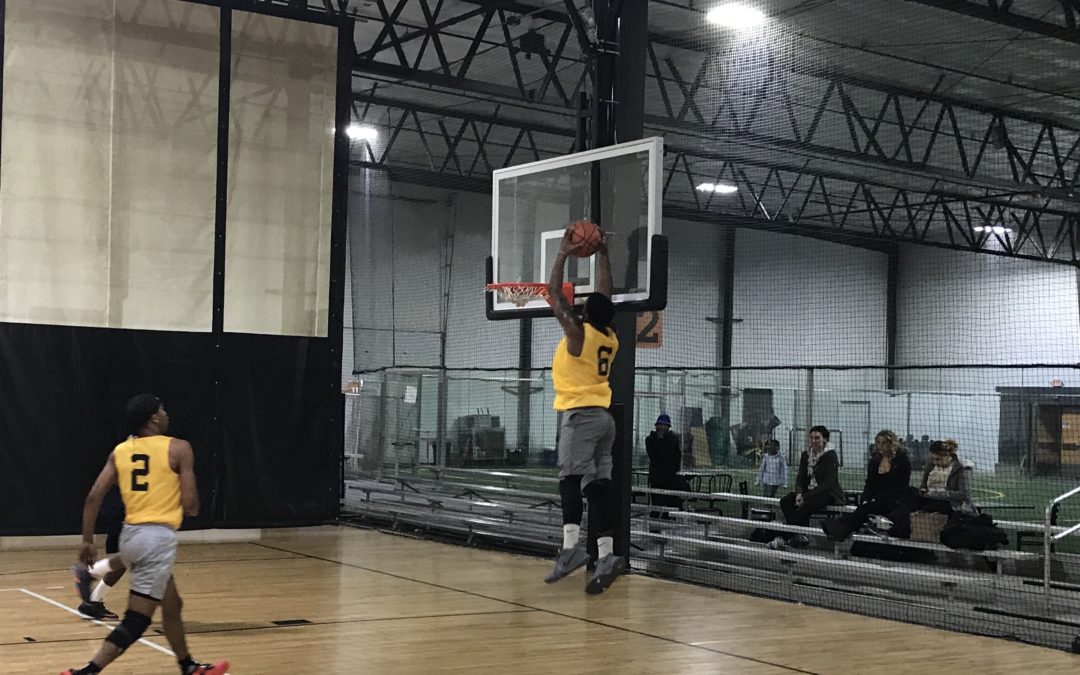 With four minutes left in the third quarter, No limit sparked a plug in their offense and went on a 10-2 run eventually building a 14-point lead, 66-42. For No Limit, Eric Singleton, Tarell Vargas, Howie Miller and Shaquan Jackson were all able to put up 15 points or higher for their squad.

“We definitely did a good job getting the ball up the court and running, that helped us a lot,” No Limit’s Will Hudson said. “It’s only the first game, but if we continue to play together then we’ll be fine.”

In the weeks to come, No Limit will try to avoid complacency, no matter how many points they might be leading by. “We need to close out a lot better since we were up by almost 20 and only won by six,” Derrick Davis said.

Michael Davis had a monstrous night with 38 points, as The Blue Devils were able to win the fourth quarter, but eventually fell short six points to end the game. With his performance Davis became the first 1,000 point scorer in Legacy Leagues history. Destin Simmons was also able to put up 21 to help The Blue Devils.

No Limit takes on Semi Pro next Monday at 8:30 PM, while The Blue Devils will look to grab their first win of the season next Tuesday against Shooters Shoot.