No Limit knocks off The Brotherhood in final moments 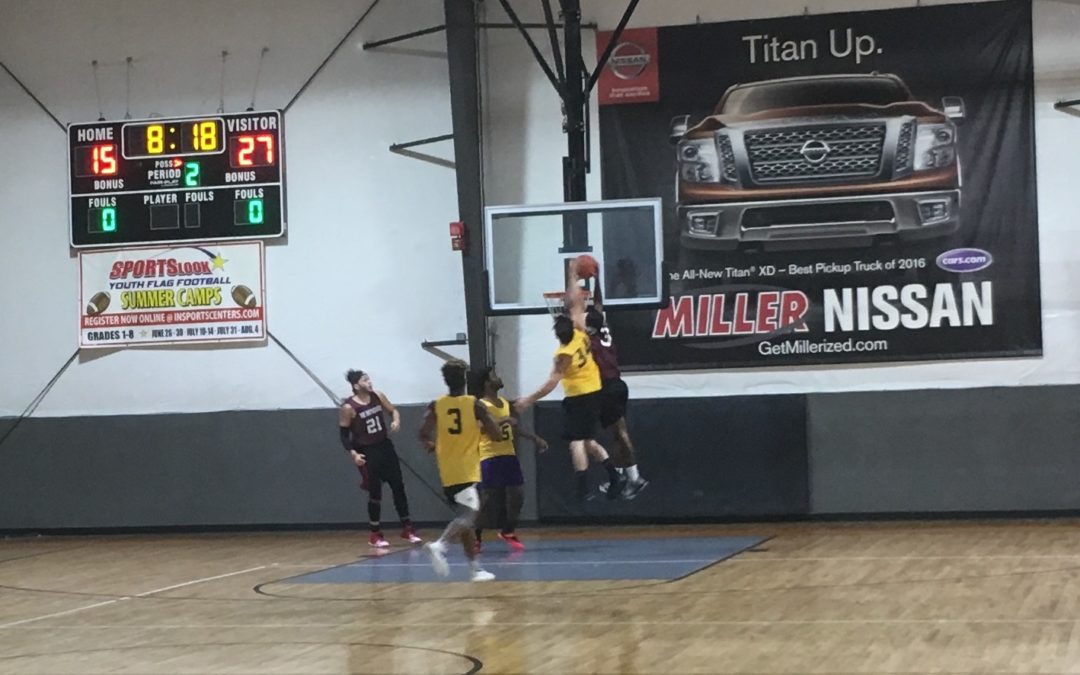 In a finals rematch from the second season, No Limit and The Brotherhood met again, but this time in Week 8 of the Summer 17 season. It lived up to all the hype and then some with a No Limit win 80-78 over The Brotherhood.

Mike Davis and Russell Payton combined for 55 of their teams 78 while adding 11 rebounds. The key to the Brotherhood staying in this game was the efficiency from Payton who shot 7-of-11 from the field and 3-of-4 from deep. Jonathan Robles was rendered ineffective by No Limits defense where Howie Miller and Tarell Vargas stepped up down low blocking multiple shots and holding Robles to just nine points.

Robles was rendered ineffective by No Limits defense where Howie Miller and Vargas stepped up down low, blocking multiple shots. No Limits hard-nosed defense went a long way in getting this win especially with a defensive player of the year candidate Rashawn Hendricks. Jalen Graham and Ty Sands played hard defense on Mike Davis all day and really frustrated the former two-time champ.

Ty Sands was a difference maker for No Limit as he exploded onto the Legacy Leagues scene adding 22 point, but his hard-nosed defense was the important factor he brought Monday night. If Sands can keep his defense and offensive efficiency up with Hendricks by his side, we are looking at a defensive combo the likes of which the league hasn’t seen before.

“Nothing to say, just another game,” said Hendricks after the win.