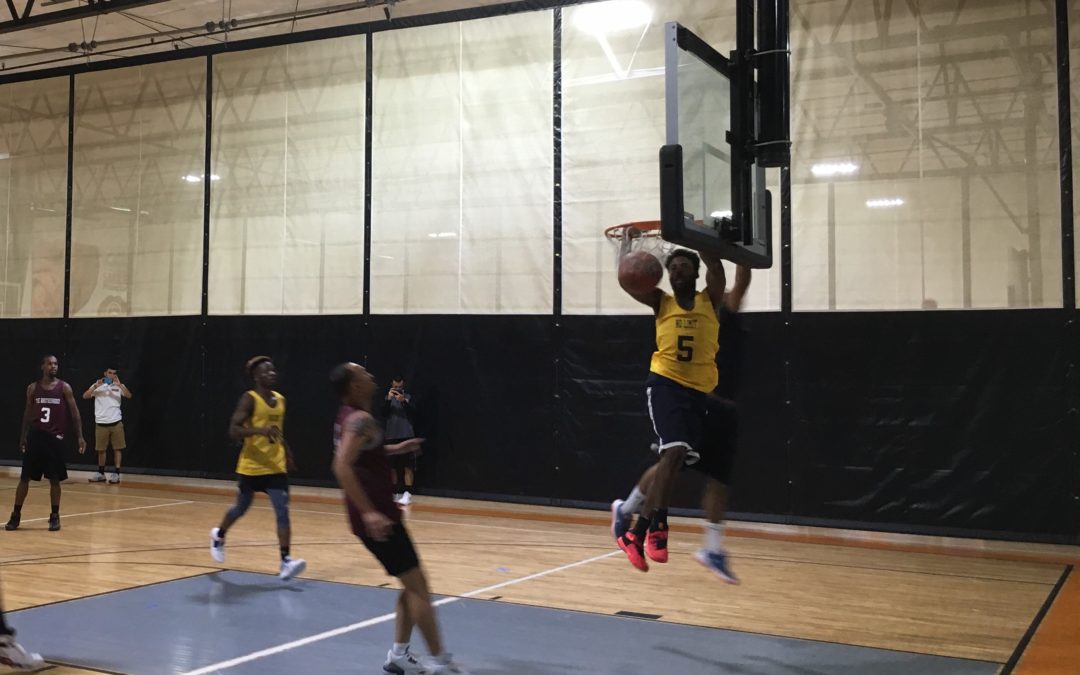 A non-factor for most of the regular season, Sands has been building a solid stat sheet in the past few weeks, and just enjoyed a breakout party when his team needed him the most. Sands exploded for 42 points as No Limit blew out The Brotherhood 98-73 to advance to Tuesday’s Championship game.

“This is the MVP of the league right here,” No Limit’s Tarell Vargas said as he pointed to Sands after the impressive win.

His shortened workload will likely keep him out of the MVP race, but Sands could very well be considered for MVP of the playoffs with this performance on Thursday night. Sands made 16 of his 21 field goal attempts, collected four rebounds and racked up four steals on the defensive end to help No Limit run away with the win in  the third quarter.

Sands’ explosive night was contagious, spreading to the other four players that showed up for No Limit. They didn’t have much of a bench, but it wasn’t needed since the basketball was being passed around like a hot potato, and everybody was cashing in. No Limit shot 37-for-55 as a team while making all 13 of their free throw attempts.

The Brotherhood is typically known for their suffocating press defense that results in turnovers, but it was No Limit who recorded 12 steals, while The Brotherhood came up with only six. Rashawn Hendricks recorded that many steals by himself.

The Brotherhood had an incredible individual effort of their own from Russ Payton, who scored 31 points on 15-of-17 shooting. Mike Davis caught fire from deep and hit five of his eight three-point attempts, but The Brotherhood weren’t able to get much production aside from their two stars.

The Brotherhood head home after suffering their third loss of the season, this being their second loss to No Limit. If revenge was on their minds, No Limit made sure it would never materialize.

“They said we weren’t going to win twice, but what did we do?” Vargas asked after the win. “We won by a large margin.”