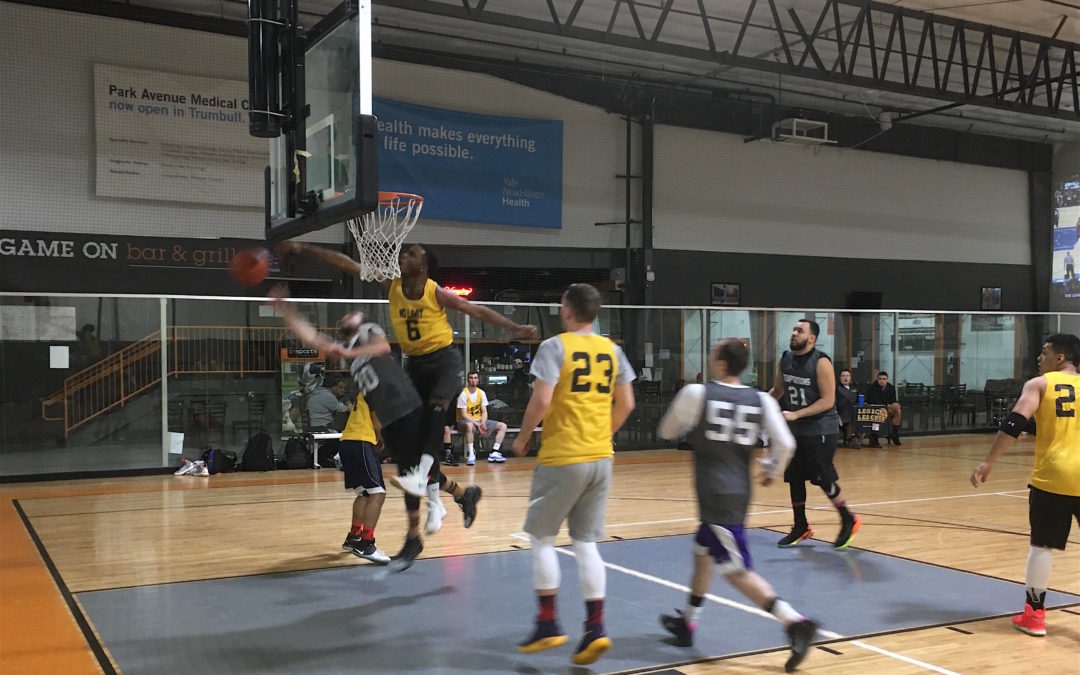 After a long anticipated game, No Limit finished their season undefeated after routing the Temptations by the score of 86-64.

From the start, No Limit showed that they were the dominant team. On each offensive play they were able to move down the court quickly and with precision, make a few passes and then have the choice between driving to the basket or pulling up for a three pointer.

As we know, the key to beating the Temptations is locking down elite scorer Carmine Santorelli. Tonight Santorelli was stopped once again. Kevin Rivera played face defense against him and in the first half Santorelli was not the point guard on most plays.

“Kev played amazing defense out there against Carmine. We all helped, We caught out the screens. He likes playing with the screen,” Vargas said.

All in all No Limit outplayed Temptations in every aspect of the game. They achieved 10 more defensive rebounds and 16 more assists. John Rullan led No Limit with 31 points and was followed by Howie Miller and Tarell Vargas who each put up 15.

Although No Limit has finished the season undefeated and Temptations is coming into the playoffs as the third seed, Troy Bunson still believes they are the best.

“We’re still the best team in the league. Playoffs starting next week. We gonna see what’s going to happen. Listen, you don’t show the team they think better than you your best stuff in the last game of the season. You come out let them get their all, then you come back and play next week,” Temptations’ Troy Brunson said.