No Limit runs Sensual Chocolate right out of the gym 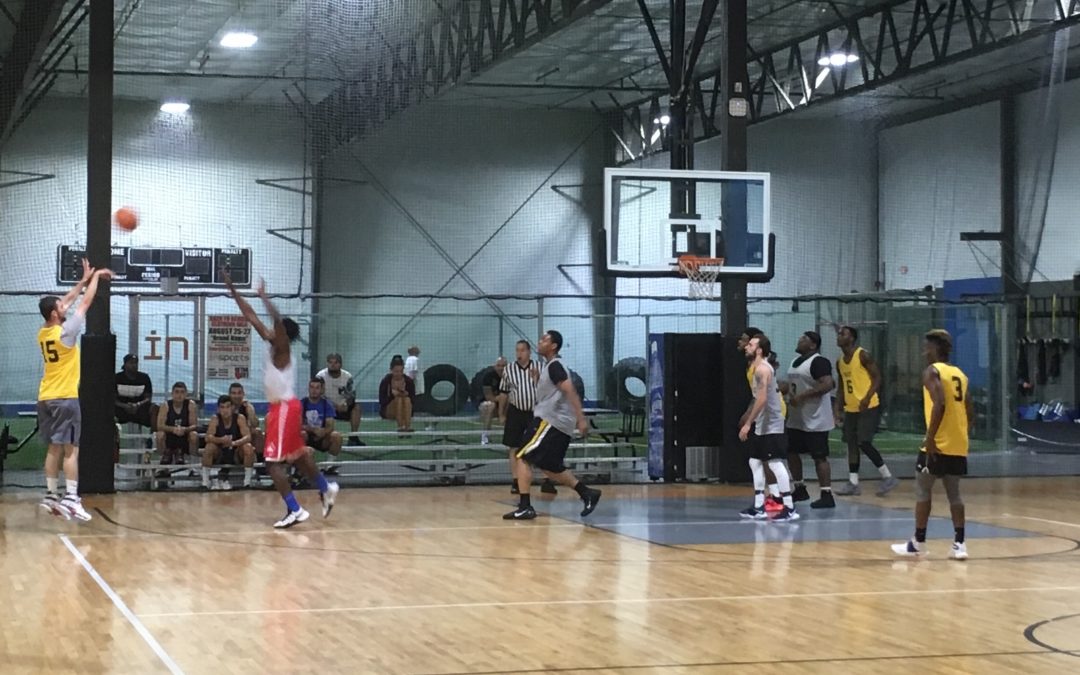 For the first time since the Fall 16 season, No Limit has advanced to the Semifinals where they will take on The Brotherhood. To get there, No Limit pulled out a gritty win over the No. 7-seed Sensual Chocolate, defeating them 109-93.

To no surprise, Howie Miller was the pivotal force for No Limit on the offensive end of the floor. Miller was lights-out from beyond the arc, draining 6-of-11 shots from deep. Miller had his elite-range on full display, notching 27 points to lead his team in scoring.

“Howie (Miller) was tremendous,” said No Limit’s Tarell Vargas. “He’s a killer out there.”

During the game, Miller actually broke the Legacy League’s record for the most made threes in a single season (including playoff games.) The incredible accolade is a testament to the terrific season that Miller has had for No Limit. Look for Miller to also be a strong candidate in the three-point contest next week.

As for Sensual Chocolate, the loss officially eliminated them from the Summer 17 Playoffs. After starting out 0-2 on the season, Sensual Chocolate picked up the pieces and turned their season around, finishing the year as the No. 5 team in the official power rankings. They had a very impressive season and should not hang their heads regardless of Tuesday’s loss.

As the game went on, it started to became blatantly apparent that Sensual Chocolate could not keep up with the frenetic pace that No Limit played with. Once again, Carmine Santorelli did his job and then some, scoring 45 points to lead all scorers in the losing effort. Despite the loss, Santorelli had an unbelievable game, carrying his team on offense the whole way. Unfortunately, he and his teammates ran out of gas down the stretch, and No Limit capitalized on the opportunity.

No Limit now sets their eyes on a date with The Brotherhood in the Semifinals. As storied rivals, both these rosters share a mutual respect for one another, but that doesn’t mean they necessarily like each other. We saw things get heated between these two teams during the regular season, so both teams will need to keep cool with the playoff implications expected to make the game even more intense the second time around.

Since each lineup is stacked with talent, this matchup will likely come down to which team keeps their composure during the game’s biggest moments.

“We want The Brotherhood,” said Vargas with a grin on his face. “It should be fun.”