No Limit slips past Redemption to complete undefeated regular season 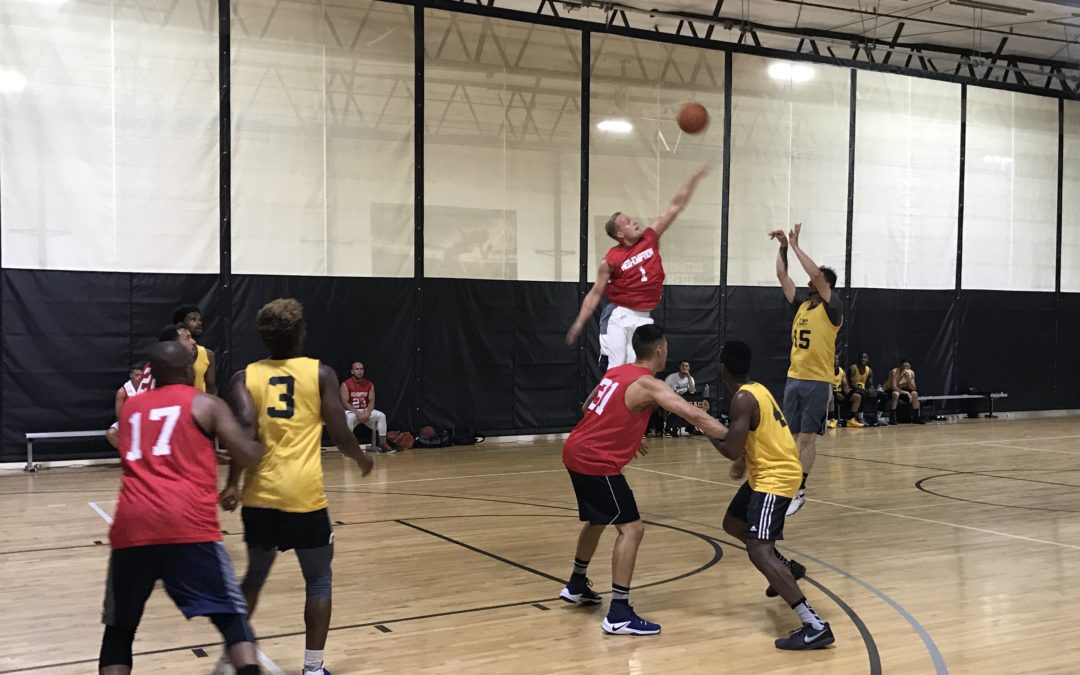 It took until Week 9 but Jalen Graham and No Limit started somewhat of a new rivalry with Redemption after beating them 71-66 in a classic Legacy Leagues matchup.

Graham, formally a guard on Redemption, met up with his old team on the court as Redemption saw what they were missing without their former MVP. Graham had 19 points and added nine rebounds and really carried No Limit for a majority of the game until Ty Sands really took over in the fourth quarter.

“Our intensity and defense are on our mind into the playoffs,” Graham said,  “We have a championship on our mind and we want it.”

Redemption played an excellent game and showed why on any given night they are a tough team to beat and someone you don’t want to run into in the playoffs. Their leader on and off the court is Scott Cochard, who had 11 points, four rebounds, and four assists. He sets the tone for this Redemption team.

No Limit has been to the finals before and been on the side of being upset so they hope that experience will play a huge factor in a long and deep playoff run. Having a former MVP by your side in Tarell Vargas helps as he added 15 points along with Howie Miller’s 14. If No limit wants to continue their hot streak they will need Miller to break out of his slump. Miller is arguably the best shooter in the league but these past two games he has struggled shooting a combined 2-of-15 from behind the arc. If anyone can break out of a shooting slump in time for playoffs it’s a shooter the likes of Miller.

“We would have done everything different defensively, that’s why it was a close game,” Graham said. “We took it easy on them. We should have had fewer turnovers and played harder on ball defense”.

No Limit is not playing in the first round as they are the No. 2-seed and will face the winner of Double Dribblers and Stranger Danger. Redemption, on the other hand, has a first round matchup against the Flint Tropics, who look unstoppable coming off two high scoring victories.