No Limit squeaks by Red-emption for their first win 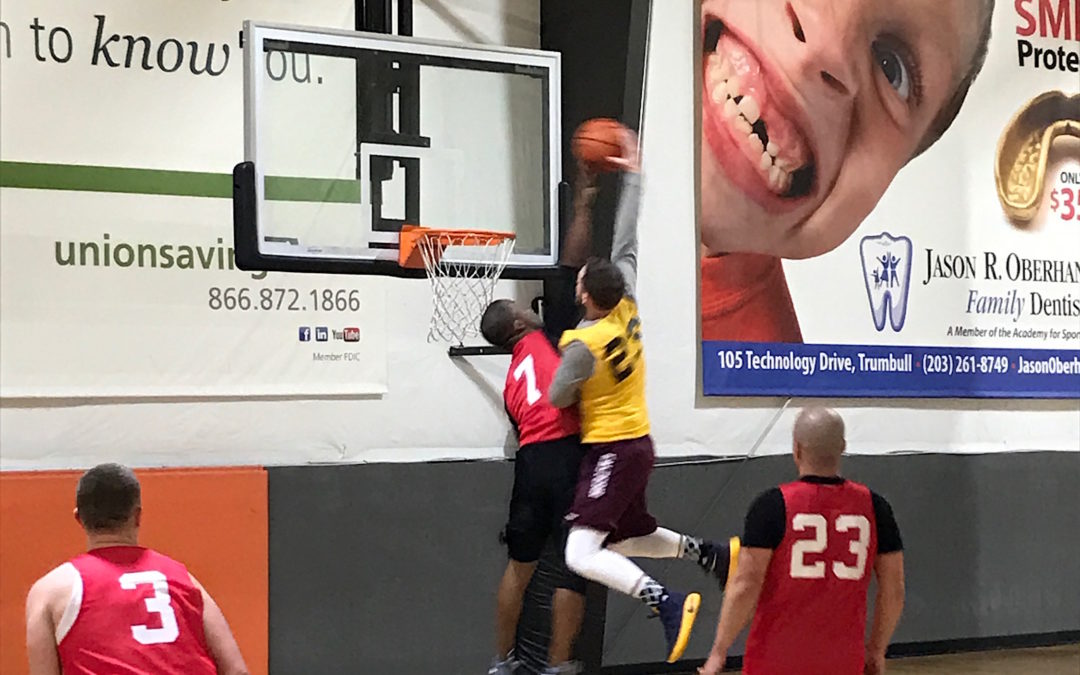 No Limit achieved their first victory of the 2017 Winter season in a close game against Red-emption. No Limit came out on top of an 83-80 win despite Red-emption closing the gap in the fourth quarter. Poised to make a run at a title in their second season, this was not the dominant start perhaps No Limit anticipated.

John Rullan was the top scorer for No Limit with a total of 27 points, while Howie Miller and Kevin Rivera both contributed with 16 points each. Ahead by 11 at halftime, No Limit slacked in the third quarter and was outplayed by Red-emption in the fourth, allowing Red-emption to catch up and make No Limit sweat.

A highlight of the game was when Tarell Vargas scored 3 straight slam dunks, posterizing players from Red-emption all three times. The reigning MVP looks to continue his dominance in his second season in the league despite a rough shooting night.

“We should’ve blown them out by 30, 40, but they played hard for a first time team. We should’ve killed them,” Ronte Byrd of No Limit said.

Byrd went on to say that as a team they have to work on rotations to better prepare for their next game. No Limit had a strong first appearance and we look forward to seeing where they end up this winter season.