No Limit squeaks past Avengers without Vargas 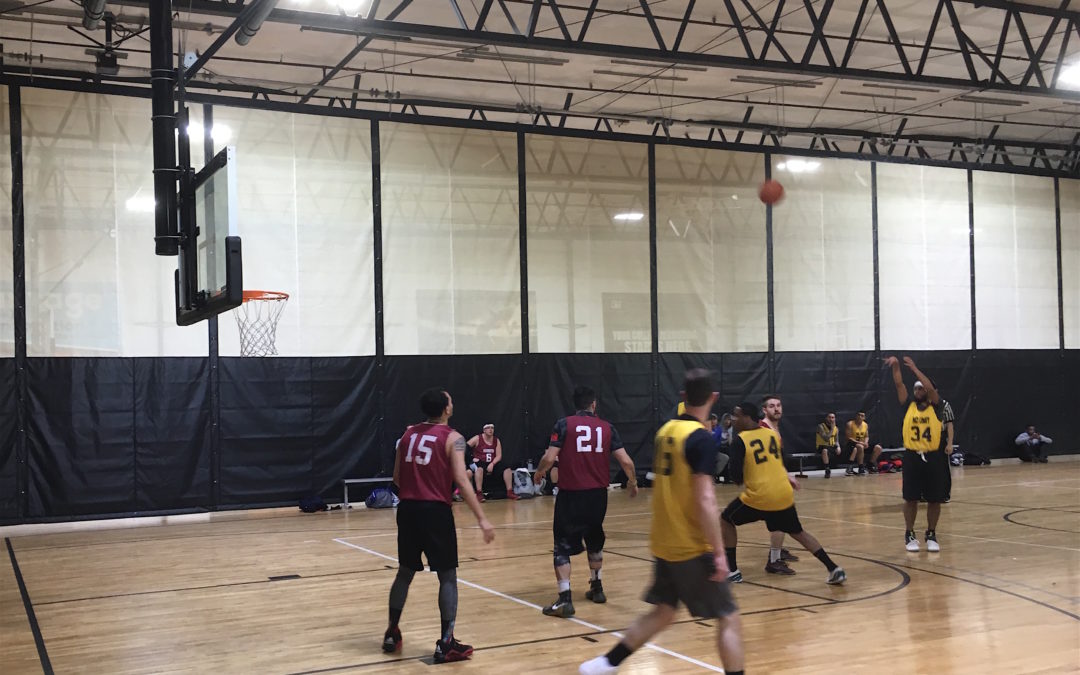 As we’ve moved beyond the halfway point of the Winter Legacy Leagues season, No Limit squared off with Avengers in what was sure to be an easy win for undefeated No Limit. However, in the absence of reigning MVP Tarell Vargas the Avengers hung tough all night long, only to fall in the final minutes 77-71.

Late in the fourth quarter the Avengers found themselves with a one point lead. Unfortunately, it wouldn’t last as Howie Miller hit a shot to regain the lead. In the final stretch John Rullan came up huge on the defensive end with a couple of big blocks before he sealed the win with two hits from the free-throw line.

No Limit was without their star Tarrell Vargas, and that proved to be a problematic for them tonight. Rullan and Miller picked up some of the slack scoring 18 and 24 points, respectively. Additionally, Ronte Byrd joined the party adding 18 points of his own and grabbing 16 boards.

Zach Shapiro was back to his old form, shooting the ball well scoring 20 points on 7-for-17 from the field. Kevin Conners also scored 20 points of his own, while Derrick Davis added 19 points and eight rebounds.

Without Vargas to man the paint, the Avengers were able to take advantage and spread the floor giving themselves plenty of open looks to score. Despite the loss there were a lot of positive take aways for the Avenger squad.

On the other side, it looks like No Limit will likely remain unbeaten for another week, as they take on a reeling Light It Up team next week. With Vargas returning, expect No Limit to look as sharp as ever.

After the game I asked Byrd of No Limit what his team did to be successful, and he did his best Marshawn Lynch impersonation telling me in just one word, “execute.” When I then asked what they need to do better next week I’m sure you can guess what his answer was… execute.