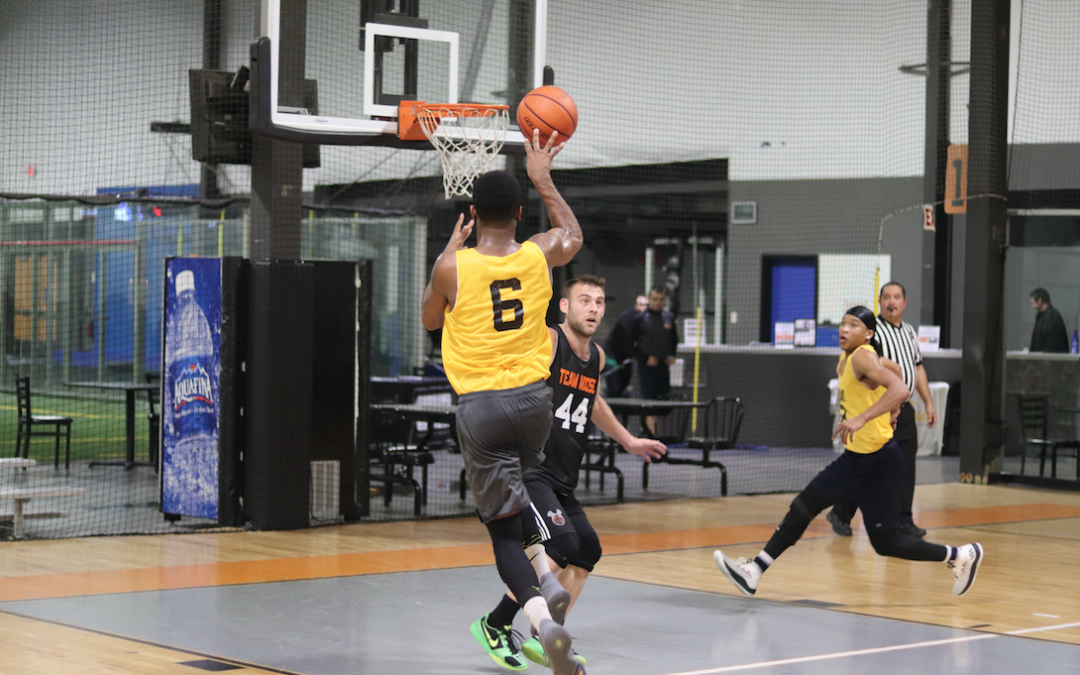 As the regular season is beginning to come to the end, No Limit remains the only undefeated team in the league. After beating Team Moose 66-51 in Week 7, No Limit looks to finish out the rest of the season the way they started it: only with wins.

Though the final score shows the 15-point win, it does not tell the true story of the game. Similar to their loss to the Blue Devils, Team Moose was competing in the game until the middle of the fourth quarter. Their defense was able to slow down a hot No Limit offense. They were able to hold No Limit to 66 points, the fewest they have scored in a game this season.

“We knew they were going to play good defense,” No Limit’s Will Hudson said.

Howie Miller broke out for 18 points on 40 percent shooting from the field. He had four of the team’s 15 steals. Eric Singleton and Tarell Vargas combined for 29 points, five rebounds and six assists. Ronte Byrd sat out of tonight’s matchup.

The first half went very back-and-forth between the two teams. Team Moose took a one-point lead going into the half, but in the third quarter they could not get their offense going and were held to only 20 for the whole half. On the other side, No Limit’s offense found their grove, outscoring Team Moose 13-8 in the third and 23-12 in the fourth.

Personal fouls became a huge turning point in the fourth quarter for Team Moose. Brad Seaman fouled out and Kevin Blake had to play it safe since he had five. Rob Harrigan was out for the second straight game, as it seems Team Moose is missing having another big man in the paint.

Blake led the Team Moose offense with 16 points, while Seaman added 11. Both had a big night dominating the boards as they pulled 13 and 10, respectively. Tyler Disabella put up 10 points and had four steals on the night.

In the second-to-last week of the regular season, Team Moose will have a tough matchup with the Monstars. No Limit will take on the Flint Tropics.

“What are they talking about?” No Limit’s Shaquan Jackson said. “We’re on to Flint.”