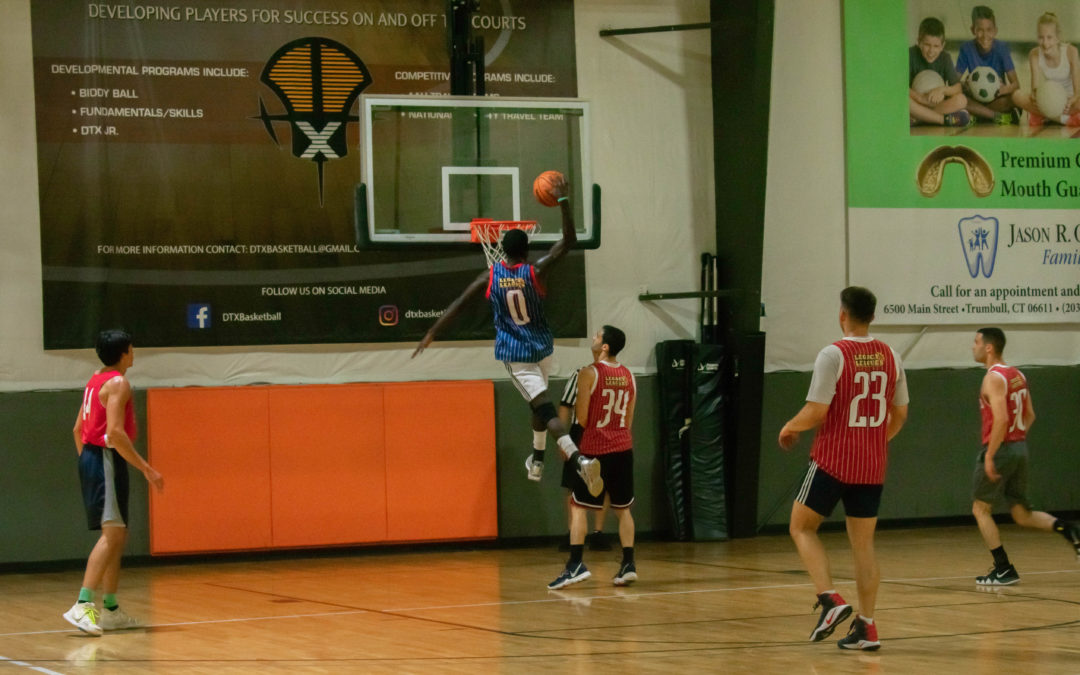 These four players made quite a statement for Redeem Team in their Week 4 matchup against Scotts Tots as they cruised to an 80-54 victory.

With Dontae Abbate hurt, as well as Destin Simmons, Deshaun Gray, and DJ Foster all absent for undisclosed reasons, the roster was cut in half. Despite not having the ability to use substitutions, Redeem Team had seemingly no issues battling fatigue as the four-man unit played the entire duration.

“I mean, for the most part, we’ve been talking about it the last couple of weeks, we’ve been trying to get chemistry again,” Horton said. “I’m back, obviously he’s (Singleton) hold up… We knew us two alone against this team, we should’ve been able to come out on top. Some of that chemistry work down so again, it was a nice team win whether it was four guys, the whole team, it’s good to win as a team.”

At the beginning of the game, the starting lineup was even smaller, as Horton hadn’t arrived too the court yet.

“As always, anybody that knows me, I talk to a lot of the guys on Facebook, they know I go through a lot outside these walls, man,” Horton said. “It was a long day… As I showed on the court, as soon as I got here, I had a long day, I like taking it out on the basketball court. Any time I come in late, they tend to be some of my better games because I come in a little bit frustrated. So again, just happy I was able to make it and help my guys out.”

Facing a 3-on-4 disadvantage to start out, Redeem Team called their first timeout 52 seconds into regulation.

At first glance, it would seem as though this was a tactical decision to allow Horton more time to arrive, as he was just getting off his exit a few minutes prior. Singleton, however, insists that it was a favor for their opponent.

“That was our captain, Eddie (Whitman), with the decision,” Singleton said. “He wanted to give them (Scotts Tots) a chance to really think about playing because it just wasn’t a game. Whoever did the power rankings, you guys are disrespecting us, so that’s all we have to say.”

To Singleton’s credit, it really wasn’t much of a game. Scotts Tots seemed discombobulated and all over the place on defense, meanwhile, they missed easy layups throughout the night on offense. Redeem team never trailed once and had quite a comfortable lead all night.

The Week 3 power rankings saw Redeem Team move down one spot after their monster performance against the Brick Layers last week. Not only was that game a blowout, but Horton also earned Week 3 CT Player of the Week for his efforts, which consisted of 19 points, nine rebounds, and eight assists. It’s safe to assume they’ll be moving right back up after this.