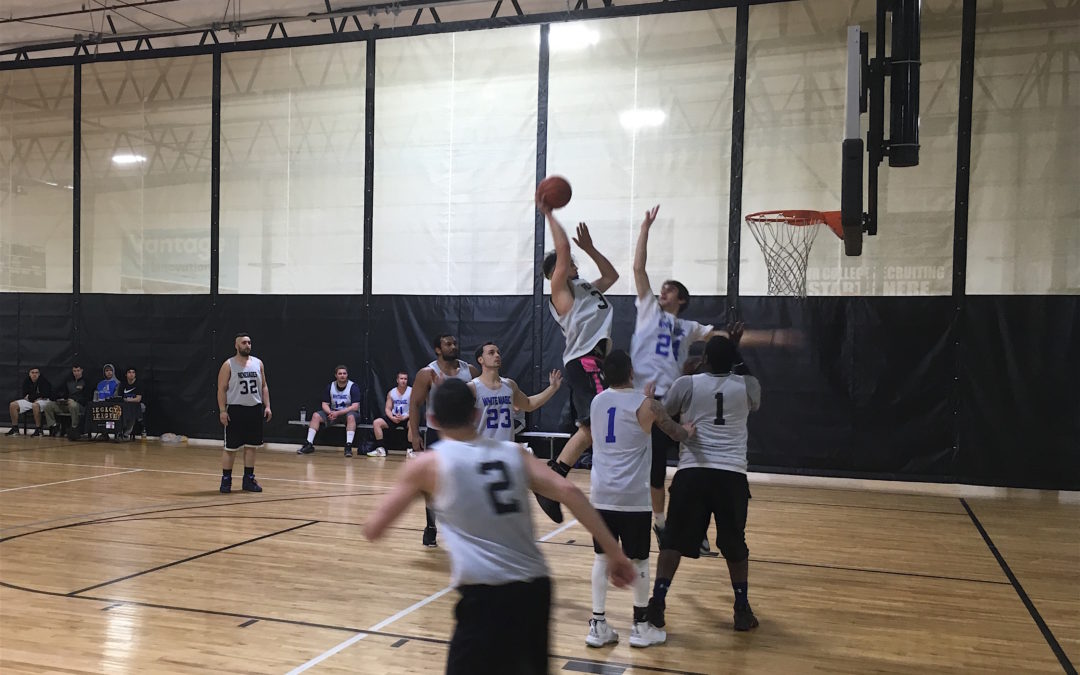 It’s week nine of Legacy Leagues action which means teams are starting to fight for the best playoff position come April. On Monday night, 2-6 White Magic failed to gain any ground as they fell to the 3-3 Renegades, 60-54.

The story of tonight game was Zeek Howard. With the absence of standout Ty Reed, Howard carried his team to victory, posting a double-double scoring 27 points and grabbing 11 rebounds. When I talked with him after the game about what they need to improve on for the playoffs he told me that the focus was on defense.

Even though there was no Reed, Howard was assisted by strong play from teammate Davin Sirpenski who also posted a double-double on the night scoring 15 points with 11 boards.

On the other side, White Magic just couldn’t seem to find any rhythm on offense. The success they had in their two wins came from them moving the ball well and hitting their open shots. They struggled to do that tonight and as a result came away on the losing side again.

The bright spot for White Magic came by way of Steve Buczek who has been the guy who gets this team going all season long. He was able to score 23 points but did so while shooting less than 50% from the field. Mark Ballard also added 14 points of his own.

Looking ahead to the playoffs, regardless of the matchup I have a difficult time seeing White Magic advancing past the first round. The only thing that has been consistent for this team is their inconsistency.

On the other hand, the Renegades could pose a threat in the first round depending on their matchup. With Reed back and strong, consistent play from Howard and Sirpenski, that “big three” could do some damage come playoff time.