Not their time: Goon Squad buries One Time 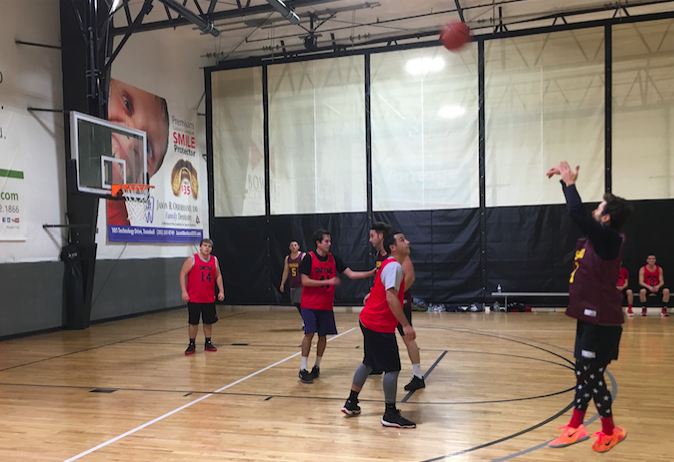 Averaging around 60 points a game this season, the Goon Squad burst their britches, as Matt Marconi dropped a season-high 47 points and his team steamrolled the still winless One Time, 102- 66.

“We just seemed to be running tonight,” Marconi said. “We got a lot of rebounds and fast breaks. We were bigger than them so we said just continued that the whole game.”

They started fast and that was all they needed against One Time Tuesday night, outscoring the opposition 49- 27 at the halftime break. Goon Squad was able to do anything they wanted, as they outmatched One Time with the obvious size advantage. Four starters and substitute big man, Gordon Soper, all grabbing at least seven rebounds, but surprisingly were also able to get out on the fast break and finish with ease.

Goon Squad will have to bottle this formula and use it next week against the juggernaut that is The Brotherhood if they want any chance of stealing an all-time win against the defending champs.

One Time fought their way back to within ten points late in the third quarter on the back of Mike Cody, who had another 20-point game, and Kyle Murphy who had 12 points and eight boards in the contest. One Time will keep searching for that elusive first victory when they face-off against a struggling BS&B team that has lost their last three games.