Not this time: Run TMC tops One Time for first win 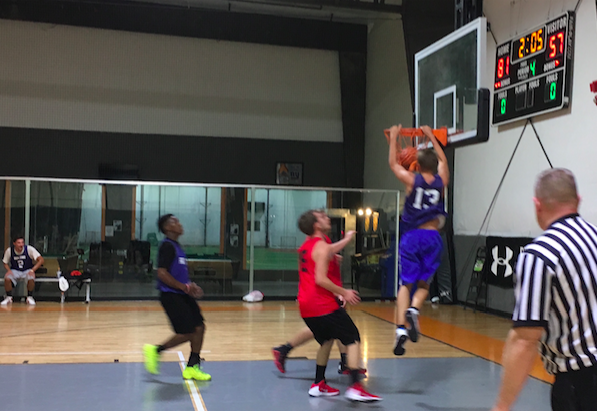 After four weeks of highlighting our best teams in the Legacy League’s Game of the Week, we decided to highlight a couple winless, yet evenly matched squads in Run TMC and One Time.

Mike Cody‘s 32 points would help One Time stay within striking distance in the first half of this ballgame, but new addition Reggie Stewart and the return of Nic Civale would help spark a 49-30 second half for Run TMC, as they collected their first victory, 88-57.

“It feels good,” said Run TMC’s Ty Alston about their win tonight. “Tonight we really played as team. We really had some better chemistry.”

They certainly did. Having better shot selections, moving the ball around, and getting out on the break at will really helped, not to mention five players hitting double-digits on Tuesday night as well. Run TMC looks like they’re starting to put the pieces together and really separate themselves from the bottom of the league. They will have a chance to add a second win next week, but will have to go through a gritty BS&B team that suffered their first loss Tuesday.

One Time cannot seem to find the pieces at all and suffered Tuesday night because of it.

“We need more rebounds, we’re not getting any offensive rebounds,” One Time’s Kyle Murphy said. “If they get the ball and run the fast break we can’t stop it.”

One Time ran out of steam early and have been struggling to compliment playmaker Mike Cody after the loss of Eric Rankin earlier in the year. Rob Koripsky added eight points to the losing effort, and Jake Miko added nine rebounds. One Time faces off against a winless Titans team next week, that looks to be their best and last chance at getting a win this season.