Not this time: Sportslook snags first win over One Time 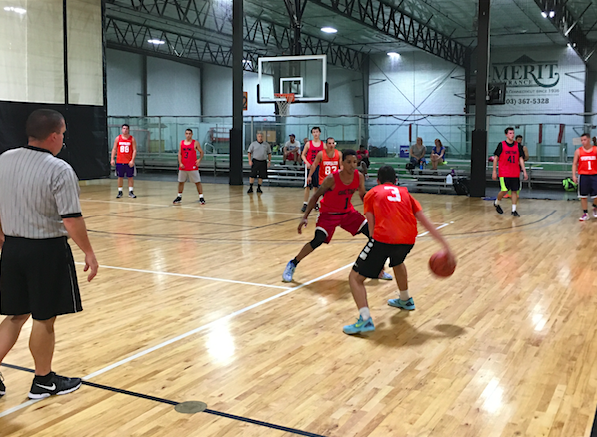 The first week of the Legacy Leagues kicked off with a bang as the experienced Sportslook team were able to grind past One Time and secure a win, 77-67.

Sportslook, a very talented team, came into the game thinking they were going to destroy One Time with no concern whatsoever. Eric Rankin had other plans.

One Time was able to chip away at Sportslook’s ankles and give them a run for their money. One Time eventually fell short to Sportslook by ten after a grueling fourth quarter.

Bryan Acevedo had a stellar performance from behind the arc, going 5-for-8 at the three-point line, while shooting 13-for-21 for a league-high 36 points on the night.

With excellent team chemistry, and Bryann Acevedo on the floor, expect Sportslook to make a run for the championship, as they are run by the only coach in the league and are drooling for a ring.

It seemed as though right from the blow of the whistle that One Time truly had the right team name, with inexperienced players along with new players just trying to enjoy their time on the court. However, Eric Rankin played lights out for them and kept them in the game down the stretch.

Rankin ended up with 25 points, eight rebounds, three assists, three steals, and a block. This was an impressive first game for Rankin, who we expect to continue to lead One Time in a lot of the major stat categories.

“No game is easy,” Sportslook’s Nick Bacarella said. “We just picked up two new guys, and playing together for only a month, but if we took care of the ball then it wouldn’t have been as close as it really was.”

Bacarella finished with 11 points, four rebounds, and two assists, and will be an essential piece to the puzzle if Sportslook hopes to reach the finals for the second consecutive season.

Sportslook will look to win their second-straight game when they square off against Run TMC (0-1) at 10pm on Tuesday. One Time faces off against a No Limit team that gave the defending champs all they could handle in week 1.