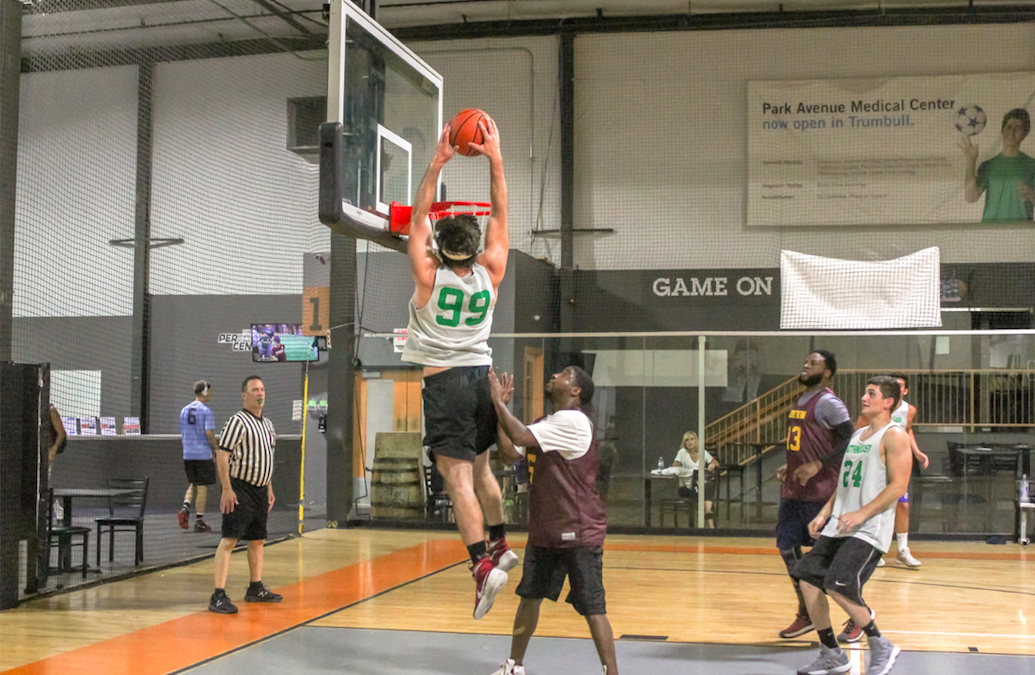 Nothing Easy was looking for their third win in a row Tuesday night against Above the Rim to move to .500. Their dominant defensive effort and ball movement led to a 79-57 route of Above the Rim

“We came out like it was any other team, did our best, and it paid off for us,” Capodagli said”

Above the rim collected its first win in Week 7 and rolled into Tuesday night with confidence. Nothing easy had other plans in mind as they jumped out to a hot start and never looked back. They led by 13 at the half and kept the foot on the gas.

Nothing easy held their opponent to 32 percent shooting from the field and forced 13 turnovers. Joe Capodogli and Brian Denham combined for nine of the teams 12 steals

Nothing easy was led by Brian Lilly who collected 21 points and Mike Zazuri and Mike Slattery both added 16 points. Those three have been huge all season long. Above the Rim struggled offensively despite a 29 point effort by Eric Windley.