Nothing Easy Squeaks By Dinners Served despite Coniglio’s big game 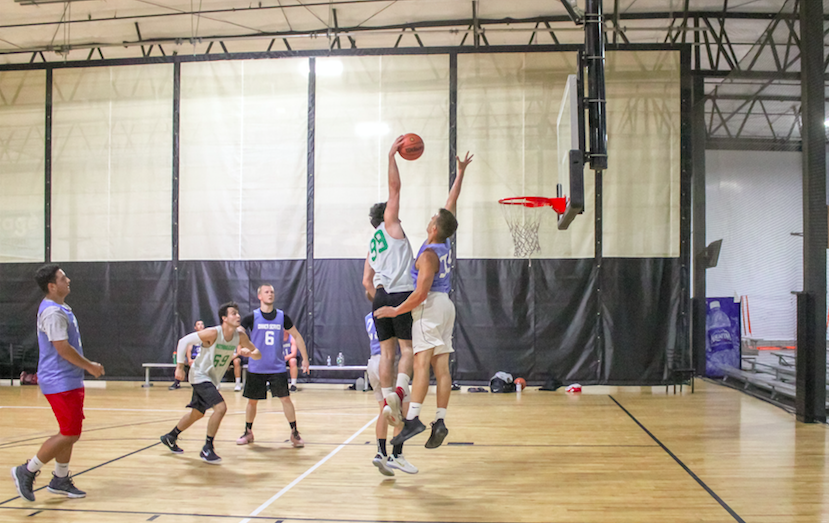 On a night full of close games around the league, Nothing Easy (2-4) and Dinners Served (1-5) did not disappoint.

Although there were uniformed and feisty efforts from both sides, eventually Nothing Easy took home the 75-71 victory on Monday night in Trumbull, Conn.

While Dinners Served’s Kyle Coniglio led all players with 32 points, his individual effort was not enough to contain the depth that Nothing Easy possesses. Four players – Joe Capodagli (18 points), Mike Slattery (15 points), Brian Lilly (13 points) and Joe Salvatore (13 points) – flexed their offensive muscles and ended the night in double figures.

Even though Nothing Easy spread the wealth around their team in terms of offensive opportunities, a point to improve on heading into next week is surely on the opposite side of the court, especially considering that the team had trouble covering two top players in Coniglio and Matt Terrasi, who ended the night with 24 points of his own.

“They hit every shot because we can’t play defense,” Salvatore said. “But we’ll get back into it.”

Although Salvatore and his team may have been disappointed in their defensive efforts, the stats tell otherwise.

Of Dinners Served’s seven players, four shot a combined 4 for 17 from the field, resulting in just 8 points of their 71. When facing more well-rounded teams, the point of concern is valid, but in a chippy game like tonight, it was good enough to get their second win of the season.

“It’s embarrassing because last year we were a threat late in the playoffs,” Salvatore added. “As of right now we ain’t doing anything, so we’ve gotta pick it up.”

After coming off of a relatively tough schedule in the first five weeks of the season, Nothing Easy has that opportunity to pick up the slack again in Week 7 when they take on Sportslook, who is also 2-4 up to this point of the season. As for Dinners Served, they look to break a three-game losing streak next week, when they take on another struggling team, the Head Hunchos (2-4).