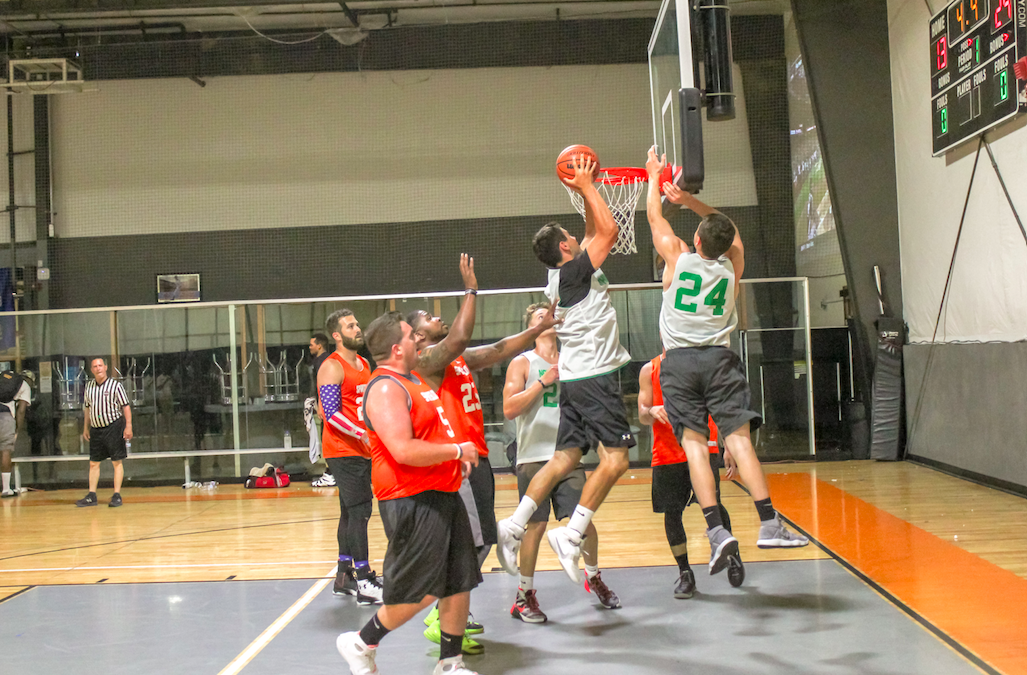 After starting the game off on a 13-0 run and preventing Sportslook from recording their first points until around the four-minute mark in the first quarter, Nothing Easy let up on the gas pedal just a bit. Sportslook was able to cut the lead all the way down to just four points at one point during the game.

Not too long after that, Nothing Easy just kept hitting their shots. Mike Slattery finished the game with a double-double, 25 points, and ten rebound’s to go along with his red-hot five-for-seven three-point shooting. He even led his team on his very own eight-point stretch. Brian Lilly was also balling, he finished with a game-high 29 points.

Nothing Easy’s entire roster got at least one bucket and they only turned the ball over just four times for the entire game.

“They only had four guys, so we were just trying to wear them out…we were a little short-handed ourselves, but it worked out well,” Slattery said.

Sportslook’s biggest issue this season has been their depth. When they’re at full strength, they’re clearly a better team. But, every game they’ve played so far with only four players, they’ve lost; and today makes it no different.

Aside from that, Dan Kokkoros had 28 points, nine boards, and five assists. John Zervos threw in his own 25 points, and eight rebounds.

Bold words from a guy who plays a huge role on this now (3-4) team. Nothing Easy falls into the middle of the pack in the standings, but hope to even their record out, as they head into week 8.