Only the Fam looking to Launch into the league’s elite 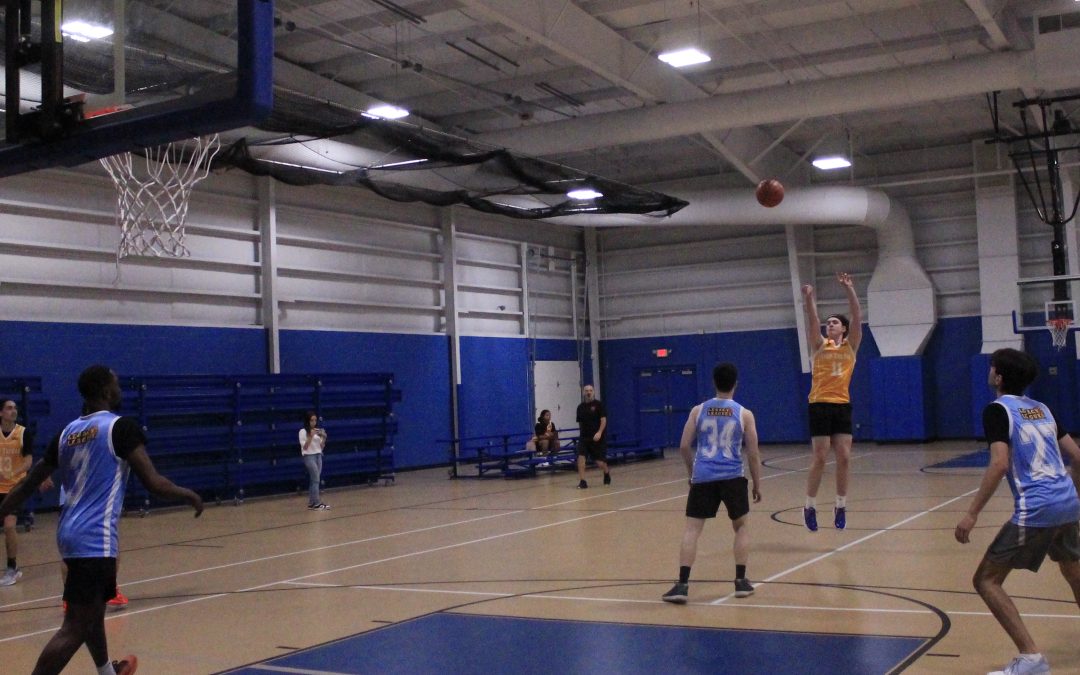 Only the Fam is a team looking to turn heads this season. Two roommates and friends, Tucker Aiello and Mike Bartholomew, started this team with coworkers from Launch Trampoline Park. The familiarity from working with each other turned into chemistry on the court as the franchise earned their first Legacy Leagues win in Week 1 of the Summer 22 season, and now has their eyes set on a playoff run.

Bartholomew has been with the Basket Hounds in 2019 and the Mambas in 2021, but picked up his first win Monday night in a 10-point victory over Bogy Kicks. The captains of Only the Fam said their defense in Week 1 was one of the differences they noticed from past seasons. Aiello adds they need to stay “locked in” on that end.

This team is not satisfied with their one win and are looking to improve as a team throughout the season. Jake Perry. emphasized taking care of the basketball, and said he wants to see less turnovers going forward. Perry was keen on the team’s ball movement in Week 1, as he finished with 23 points and a team-high five made threes.

With three new teams entering the league this season, Only the Fam hopes to use their chemistry to their advantage.

“I’d say it will be beneficial for us throughout the season,” Aiello said. “We’ve all played together before and trust one another’s game to the point where we’re comfortable with anyone taking any shot.”

Only the Fam faces one of those new teams in the Lincoln 18ers in Week 2, before taking on the five-time champs in Lob City in Week 3. Aiello knows how important every game is for this team, and says he wants them to “compete every game to make a name for ourselves.”

Chemistry can only take any team so far. Seeing how Only the Fam fares against the best the league has to offer in Lob City and the Duje’s Boys will be a great way to gauge this team’s possible success in the playoffs.

There is still a lot of the regular season left, and this team is definitely enjoying their Week 1 win. Bartholomew says this win, “feels good” and he’s “glad to get it done with the guys.”

This team still has more they want to prove, and the single-elimination playoffs are a very different beast. Continuing to improve throughout the season will be key for a young team looking to make a name for themselves.

“We just want to go out there, compete and see what this team can do,” Bartholomew said.