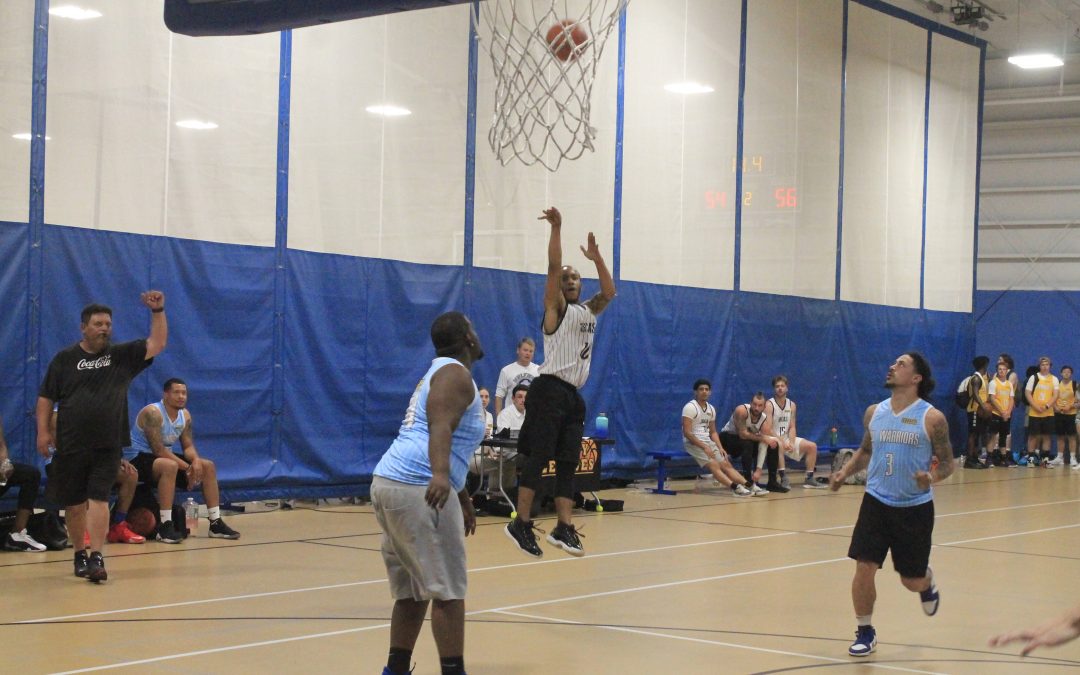 Dexter Loux had lots of good to say following his season-opening win with the Orcas on Tuesday night, as they defeated the RI Warriors, 60-49.

Loux was everywhere for the Orcas, playing great defense and scoring 13 points. When asked what allowed the team to pull away in the second half, Loux had a simpler answer.

“Defense. I mean, that’s what we’re gonna do,” he said. “We’re a little older. We’re all in the 30-plus club… At the end of the day we’re going to rely on our defense, get rebounds and get extra possessions.”

It was a close game in the first half, with the Orcas pulling away slightly before halftime for the 11-point lead. However, an offensive tear in the third was enough to keep the Warriors at bay. Loux was full of praise for all his teammates as well.

“We got Gio this year, which is a great pickup, with his outside shooting and quickness,” he said. “We got the two brothers down low and Kendall [Gillians] running the show at point guard.”

Kendall led the way for the Orcas with 16 points, while Mike Wilbur added 11 and Jeff Winchell and Spence Smoove each had 8. The Orcas used a combination of their outside shooting and high-to-low passing to give the Warriors a nightmare defensively. And for a team of older players, the game was fast-paced and had lots of exciting energy. Loux is energetic as always and played every possession like it was his last, however he kept it tight-lipped about what’s to come.

“I ain’t giving no secrets! What if I tell you now, and the other team hears it!” Loux exclaimed. “We’re the Orcas, smartest animal in the world if you ask me.”

While it was a good night for a victory, the atmosphere of getting the league back and running made it a great night for everyone. The Orcas will be back next Tuesday for their second game as they try to get to 2-0.