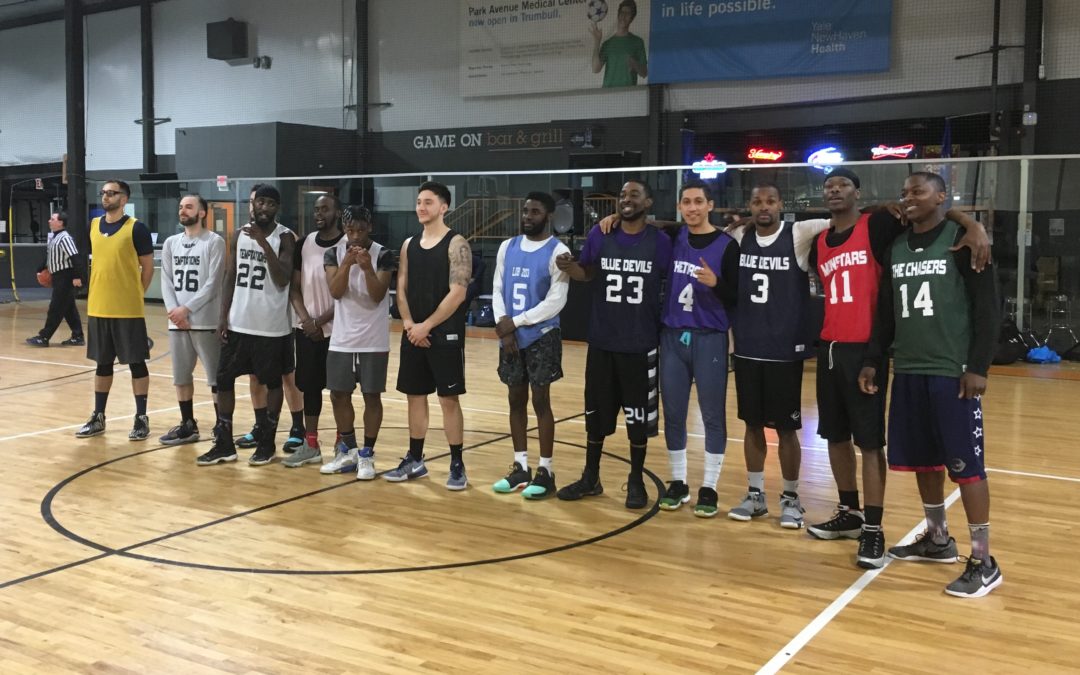 The Connecticut Winter 18 season came to an end on Monday night. After an exciting three-point contest, and a tantalizing dunk contest, the best that the Legacy Leagues has to offer squared off in the Winter 18 All-Star game. Team Hernandez defeated Team Horton, 128-126, in overtime in what was a thrilling back-and-forth contest.

This game was very close throughout, and featured a lot of three-pointers and highlight dunks. The two teams combined for 30 three-pointers made, and both shot over 50 percent from the field. Team Hernandez led for most of this game, but Team Horton played a very good fourth quarter, forcing overtime thanks to a last-second 3-pointer from Mike Davis.

The end of this game was as exciting as it gets, as Reggie Stewart of Team Horton hit a three-pointer to tie the game just before the buzzer in regulation. Then, in overtime, Mike Davis of Team Hernandez hit another three-pointer as the clock expired to get his team the win.

Regular season MVP Mike Davis added another accolade to his Legacy League’s resume tonight, as he was awarded with the All-Star game MVP after scoring 32 points to go along with six rebounds and six assists. Davis got hot in the second half, as he nailed three-pointer after three-pointer.

Kintwon Miles also played well for Team Hernandez, as he scored 26 points on 13-of-15 shooting. Davon Pratt of Team Hernandez was an animal on the glass in this game, as he grabbed 16 rebounds to go along with 18 points and six assists. Pratt and Davis continuously showed off their natural chemistry all night long.

For Team Horton, five of its six players scored at least 18 points. After winning the dunk contest just a few minutes before tip off, Richard Bronson led the way for his team as he scored 32 points and grabbed 13 rebounds. Bronson put on a show tonight in the dunk contest, and followed that performance with an encore in the game with some highlight dunks.

Reggie Stewart also played well for Team Horton, and was a key component to the team’s fourth quarter comeback to force overtime. Stewart had 28 points, six rebounds, six assists, and three steals. Team Captain and Winter 18 Defensive Player of the Year Melquan Horton scored 20 points to go along with his usual 14 rebounds and two blocks.

Nonetheless, I don’t think there’s much to argue when saying this game will go down as one of the best All-Star Game in Legacy Leagues history.