Ozone Boys execute down the stretch for third-straight win 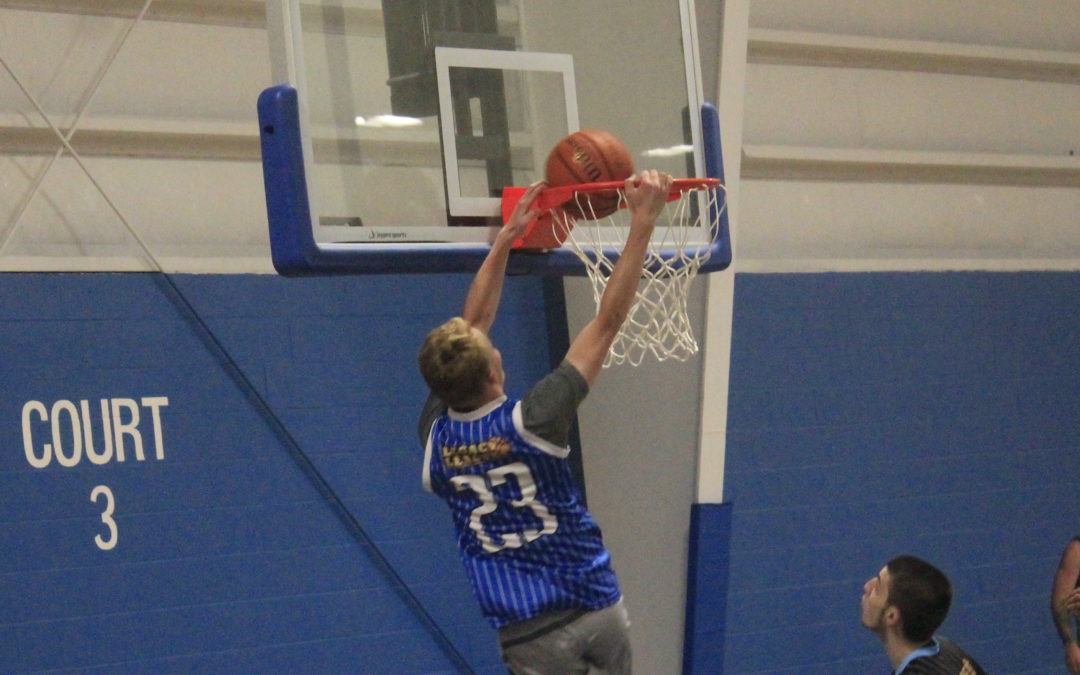 After two tough losses to start the season, the Ozone Boys have appeared to have found their grove. In a tight game, they were able to pull out the win over The Goodfellas, 73-70, to claim their third-straight win after starting the season 0-2.

Both teams played a smart, defensive game with the lead alternating back and forth until the very end, but the Ozone Boys came out on top thanks to their strong team chemistry, smart substitutions.

The Ozone Boys work very well as a unit and that is showing more and more on the court each week. While Patrick Hogan and Noah Berg led the team offensively, no one player on the team completely controlled the offense. The Ozone Boys know how to move the ball well.

The Ozone Boys played their best offensive game to date in Week 5. Patrick Hogan, who put up a leading 26 points in the game for the Ozone Boys was happy with his team’s performance.

“As a team we’re coming together,” Hogan said. “We locked down on the defensive end and obviously it was close all game, but our defense was there and we were able to close it out.”

It should be noted The Goodfellas as well played a strong defensive game with minimal subs. It’d be interesting to see the Ozone Boys and Goodfellas play again when both teams were at full strength.

The Goodfellas get ready to take on the Stampede in Week 6. The Ozone Boys will face the Boston Blazers next week, who are currently 4-1. Both teams have some remarkable team chemistry and will be a great test for the Ozone Boys.

“Do not sleep on us,” the Ozone Boys team said after their Week 5 win.