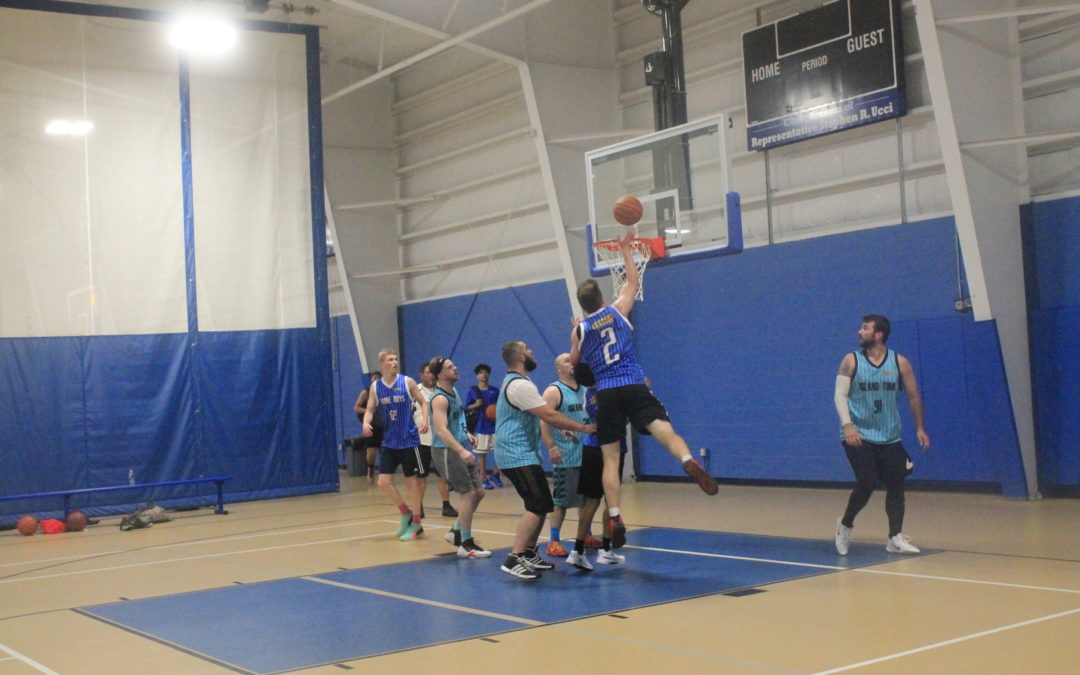 In a thrilling game from start to finish, the Ozone Boys have now won two-straight games after a powerful performance against Island Time Monday night, winning 60-56.

Both teams have struggled this summer, as both teams entered Monday night’s matchup with a 1-2 record. The two teams appeared to be pretty evenly matched coming into Tuesday night, making it a big game for both.

Though the game ended with just a four-point differential, it felt as if the Ozone Boys were dominating the whole game, especially in the second half. Leading the Ozone Boys in scoring was Nelson Diep with 15 points, and Luke Hogan with 13. Hogan made some impressive dunks and both men were able to capitalize on the fast breaks. Eriq Isom also played an impressive game as his speed and jump made him a crowd favorite.

I spoke with Nelson Diep following the team’s first win, and he said the energy of the crowd helped motivate the Ozone Boys to battle to the very end. Diep credited the win to their “teamwork and intensity” as well as crediting their coaches who helped them in key moments make the correct substitutions.

In what can be seen as a turning point in the Ozone Boys’ season, Diep made a bold statement to the rest of the league after the game.

“The Ozone Boys are taking the whole thing this summer,” Diep said.