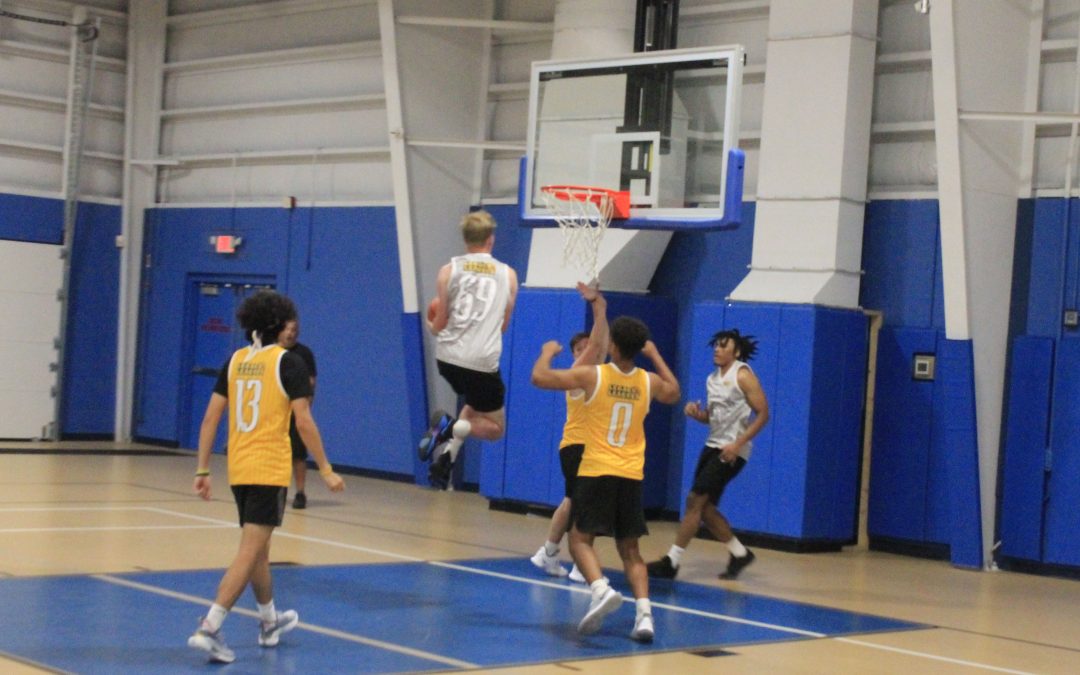 “We pressured the ball today, made big 3’s, got to the basket which lead us to success in the paint, we need to keep that up,” Paul Maguire said. He was pleased with the Ozone Boys 69-54 win against the Mamba’s on the Legacy Leagues Summer 21 season opening week.

When asked about what was the most significant part of the team’s game they should improve on, Paul Maguire commented, “Not fooling around, not doing as many lobs down in the paint, leading in the paint.”

The Ozone Boys jumped out to a sizable lead at the beginning of the game and did a good job holding onto it. The most significant part of their success was tight on-ball defense and boxing out for rebounds leading to quick offensive scoring in transition.

The Mamba’s started staging a comeback late in the second half, cutting the deficit down to single digits at one point in the early 4th quarter. John Gyra was able to score 12 points, Jake Perry and Nick Bittner both scored 11 points, and Lawerence Reid scored 10 points.

In the middle of the fourth quarter, the Ozone Boys stepped up defensively and made the big stops to halt the Mamba’s chances of a late comeback.

“Zach Brooks was the big reason we won today. He came out and dominated. He caught a big body in the second half. There is much more to see from him out there,” Paul Maguire said.

The Ozone Boys made a big statement in Week 1 and now have to face Ball Don’t Lie in Week 2. The Mamba’s will face the RI Warriors in Week 2, with both teams searching for their first win of the season.