Ozone Boys make it five straight, roll in second half 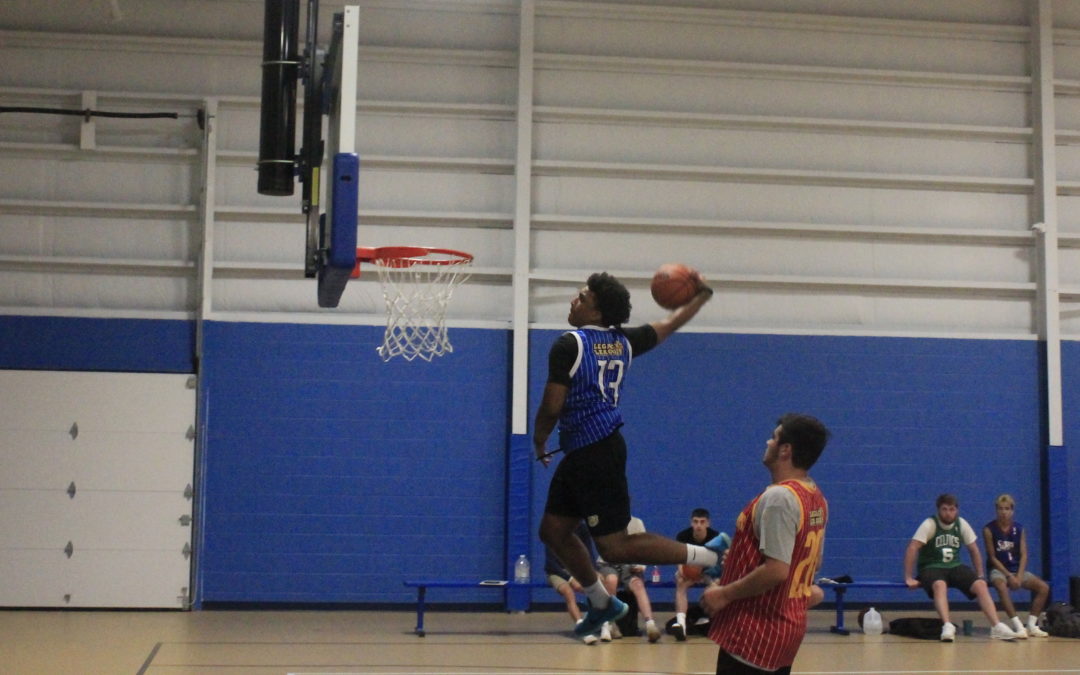 The two players that stepped up were Noah Berg, who finished with a game-high 37 points, and Jason Larosilliere, who finished with 32 points. These performances and the fact that the Basket Hounds only had four players made it easy for the Ozone Boys to pull away in the second half.

“(Basket Hounds) only had four kids so we could run,” Ozone Boys Eriq Isom said. “We like to run. Running up the pace really killed them.”

After losing their first two games of the season the Ozone Boys have now won their last five games as they continue to creep up in the standings.

“Joey (Zocco, the Commissioner), I need to see our rankings go up a little bit more,” Isom said. “We’re trying our best, man. I need this.”

Following two straight-losses to start the season the Ozone Boys have gone on a five-game winning streak and though some people may question the quality of their wins, this is not an easy league to win in. The Ozone Boys have done just that despite this being their first year in the league

“It comes with the energy,” Isom said. “We’ve got our coaches and our fans, but most importantly our teammates.

The thing that has allowed them to be so successful is the fact that they are young and athletic. In many of the Ozone Boys games, they have had the speed advantage over there opposition. A clear example of that would be their wins against the Boston Blazers and Island Time.

Although many people might not be believers they will need to prove their doubters wrong when they play their biggest game of the season against the Duje’s Boys at 9 p.m. next week. The Duje’s Boys are one game behind the Ozone Boys in the standings as both teams fight for the fourth seed in the playoffs.

The Basket Hounds will once again try to win their first game of the season next week against the Halfway Crooks at 8 p.m.