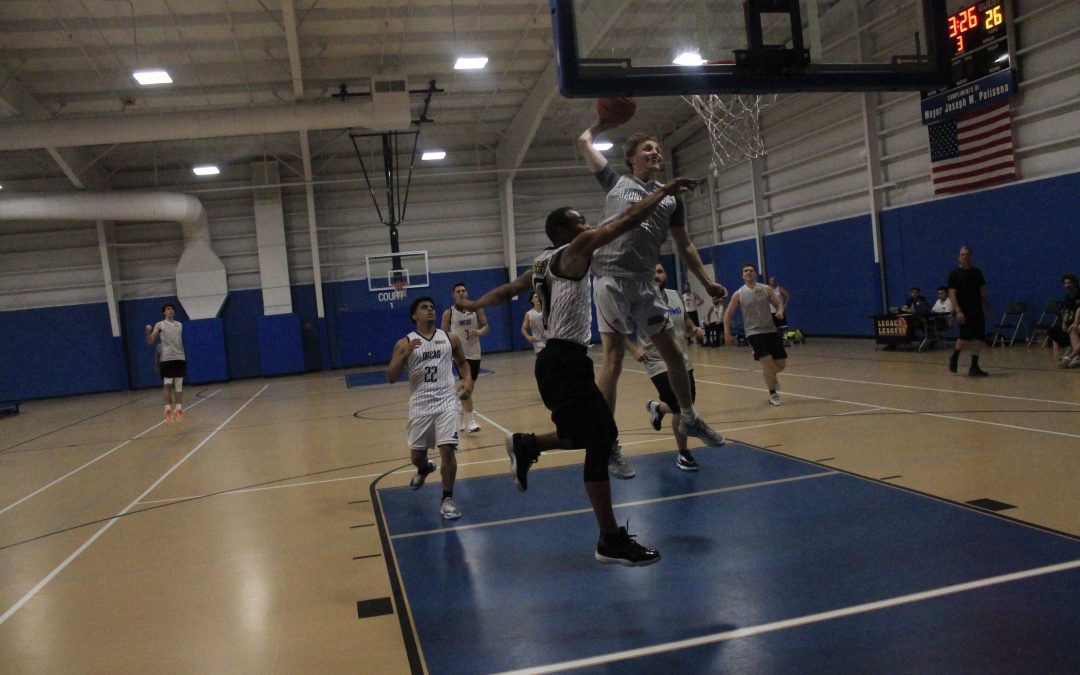 One of my favorites teams to cover in the Legacy Leagues are the Ozone Boys. I have been fortunate to catch most of their games this season, which usually never disappoints. On Tuesday night the Ozone Boys shot 43-percent from the field in their big win over the Orcas.

It can be anybody on any given night for the Ozone Boys, and at first it seemed like it was the Orcas chance to steal a big win. The first quarter ended 17-11, which was a lot closer than people expected. The Orcas were led by Dexter Loux with 14 points and Jeff Winchell with eight, and they had their share of big dunks and explosive plays. However, the Orcas only went on to score 27 more points in the rest of the game due to the Ozone Boys stepping up on defense, including shutting them down to eight points in the fourth quarter.

“Coach said have fun, go stupid.” says Jason Larosiliere, who summarized the win over the Orcas. “Throw the ball, move it, that’s all we did”.

Larosiliere had four points on the night but none bigger than his ferocious two-hand slam, which was the best play of the night, including any other Legacy League game and the NBA Finals. The Hogan brothers combined for 11, Colin Miller pitched in eight and Zach Brooks had 10. While the majority of the game involved team efforts and quick ball movement, the player of the night was Paul Maguire.

“I’d give the [MVP] to Paul, he was out there shooting lights out,” said Larosiliere. “But it was a team effort with the ball movement and everything”.

Maguire finished with 20 points on only 10 shots, shooting 60-percent from the field with six three pointers. While Maguire put on a show from beyond the arc, Larosiliere’s point holds true, while the Ozone Boys had 10 assists compared to the four from the Orcas. Looking ahead, Jason still thinks there is room for improvement on the defensive side of the ball.

“We got to put in the effort on defense, sometimes we’re lazy on that side, but that’s really all it is”.

Next week the Ozone Boys are back in action against the Werewolves, and when asked in the interview, Larosiliere remarked how they need to get back at them. The 2-2 Werewolves sit in the middle of the pack and have put up strong fights against teams like the 4-0 Duje’s Boys. Fortunately, the Ozone Boys have put this one behind them and are already looking forward to next week.