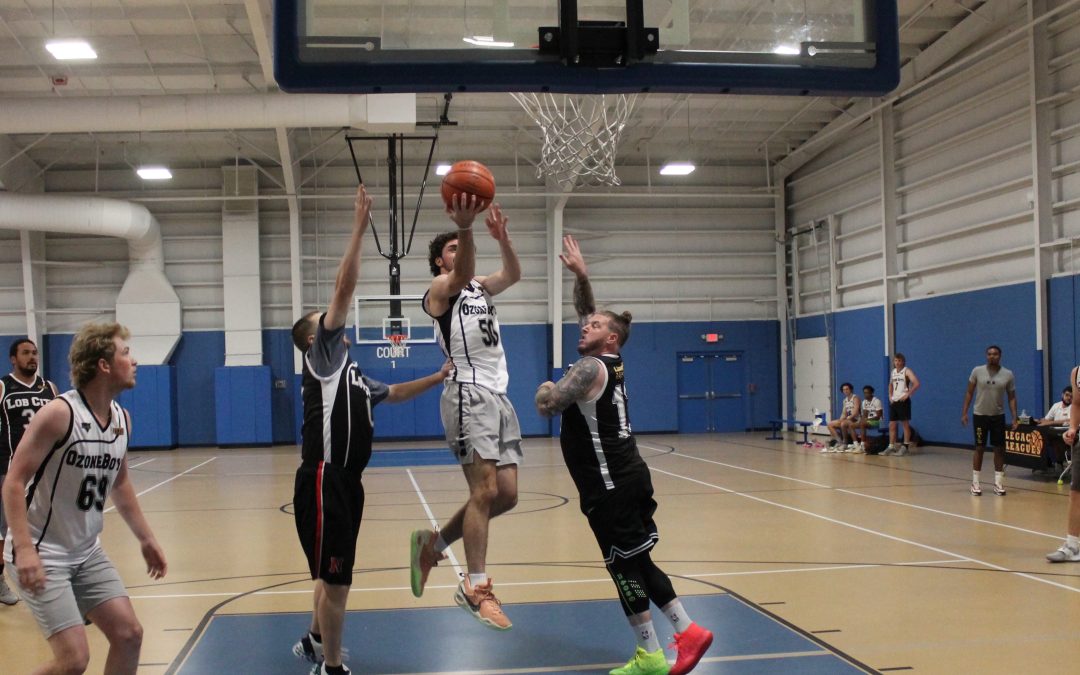 The Ozone Boys entered Week 7 with a 1-4 record and had to play two games in one night, one against the defending-champion Lob City and then later against the Lincoln 18ers.

They ended the night with a 3-4 record, including an upset win over Lob City and then a close win over the Lincoln 18ers that required heroics from Pat Hogan who blocked a three pointer attempt that would have tied the game.

Looking at the middle of the standings after Week 7’s results, Sin City is the 5-seed at 4-3 and the Ozone Boys and Halfway Crooks sit right below them at 3-4.

None of these teams play each other in Week 8, but Sin City has by far the hardest matchup as they will face off against Lob City. The Ozone Boys play the winless Bogy Kicks and the Halfway Crooks take on the Lincoln 18ers in the final week of the regular season.

In the event of two or more teams are tied with the same record, head-to-head records will come into play before using RPI as the second tiebreaker. This situation has a good chance of being used this season because with the Ozone Boys going 2-0 in Week 7 and now having a 3-4 record, there is a chance these three teams will finish with a 4-4 record at the end of next week’s games.

All three of these teams are looking to avoid the 7-seed because that puts them in the First Round of the playoffs which includes having to ultimately play two games in one night to advance to the Semifinals. Their second game on August 2 would include a tough matchup against the second-seed.

At this point, the Ozone Boys are definitely not a team anyone wants to play in the playoffs because they have a deep team and know how to win in the league. The Ozone Boys are feeding off each other’s energies on the defensive end of the floor, allowing them to get easy transition buckets.

Week 8 is shaping up to have exciting games with playoff implications on the line for nearly every team. The Ozone Boys have nearly played themselves out of the play-in game after a slow start to the season, but next week’s game versus Bogy Kicks will only play a part in where the Ozone Boys find themselves seeded entering the playoffs.