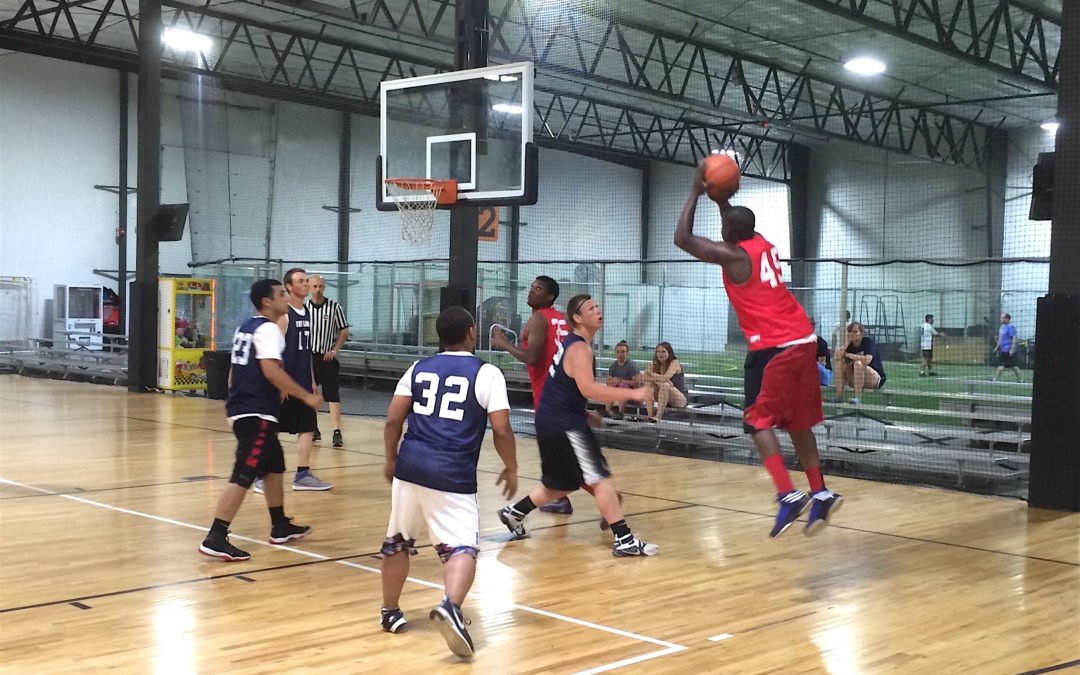 Incredible is one of the many words one can use to describe Week 3’s matchup between The Pandas and The Land. This turned into a nail-biter, but ultimately it was the Pandas who prevailed, 59-57.

Rondell Jones’s lead the way for the Pandas, scoring 24 points and snatching 11 rebounds, as he really made his presence felt in the paint.

“Aww man, I’ve been doing that since I was little, man, but it’s just finally good man to just keep doing it! If I’m in the paint, that is where I feel the best”, said by Jones

Jones was using everything in his scoring arsenal, from a ferocious outback dunk to a three pointer. Joe Spain also helped by chipping in 14 points, five rebounds and three assist for the Pandas (2-1), who played without their leading scorer Jelan Mason.

The Cody Brothers had remarkable games on the other side for The Land, and finished with a combined 46 points. Mike poured in 18 points, and two steals, who is their leading scorer on the season, averaging 19 per game.

Brett’s 28 points, ten rebounds, four steals and four assist, was a key factor in keeping his team within reach of win of their first win. His three point shooting has been something that has been a big positive for them through the first three weeks of the season, and had actually help his team to a 1-point lead at halftime.

“We hit some threes, and tried to tire them out, and run up and down the court” Brett Cody said.

The Pandas took notice of that three-point shooting throughout the game, and put a clamp on it, handing The Land their third loss in as many games.

“It was another game, where we had to stop them from shooting threes, and pulled off in the second half,” Rondell Jones said. “It was a hard fought game, (and we) battled them back and forth.”