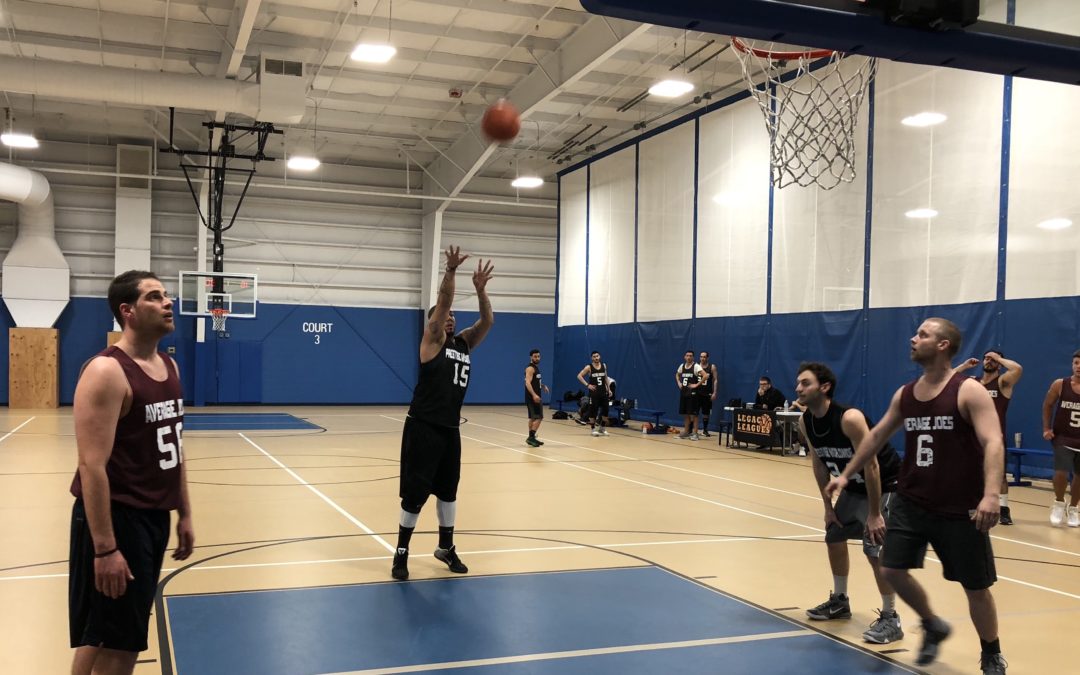 In a game where the Average Joe’s were written off, they played their best game of the season. They had a lead with less than two minutes left, but Bryan Yarce came alive and put the game to bed in a 69-61 win.

Yarce seemed to be battling an injury and sat out for much of the fourth, but hit some big shots and free throws down the stretch to will his team to victory. He ended the game with 27 points.

Shaine Patrick had a huge game with 14 points along with 21 rebounds and seven blocks. Prestige Worldwide was able to calm the game down in the fourth, even when they were down, and that was a huge part of their victory.

The Average Joe’s held a lead up until about a minute and a half left in the game, but Yarce was just too much down the stretch after sitting out most of the fourth quarter. He hit a few jumpers, got to the rim and hit some key free throws to keep him number one in the league for scoring with 28.3 PPG.

Yarce was asked after the game about what sparked his play down the stretch.

“The Swish Kabobs, and we were down.”