Payton sets record in blowout victory over One Time 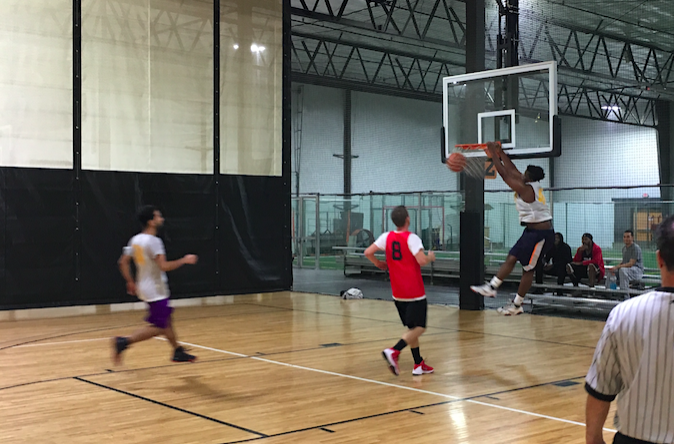 In The Brotherhood‘s search for their fourth straight win, Russ Payton rose to the occasion by setting a Legacy Leagues scoring record 60 points in a single game. Payton was dominant inside and out of the paint, turning in a brilliant shooting performance in which he would make 28 of the 33 shots he attempted. One Time would get absolutely steamrolled in this lopsided 143-64 loss in which they were helpless in stopping Payton defensively.

“We had a breakout star today. My boy Russell dropped 60 points,” Jibril Chisholm of the Brotherhood said, complimenting his teammate’s stellar performance. “We just had a good energy today.”

This game at times felt like watching an NBA All-Star game or even a Harlem Globetrotters performance. The Brotherhood scored in every way imaginable as six players would score in double-digits. Kyle Small had his best night of the season with 19 points, five rebounds as well as four steals. Kay Hill was perfect from behind the arc (3-3), and was a pest defensively earning himself a double-double with 18 points and ten steals.

The Brotherhood is clicking on all cylinders and seem near unstoppable. As if they need the help, the return of Michael Davis next week should make the Brotherhood’s chances of returning to the championship game even greater.

In a night where they would lose by more points than they would score, One Time remained competitive throughout, scoring 29 of their 64 points in the fourth quarter. While One Time may have lost on the court, they certainly did not lose their sense of humor.

One Time, a team still reeling from the loss of their best scorer Eric Rankin, was not handed any mercy as they were slated to take on the league’s top team. In a frustrating loss by 79 points, One Time should be praised for their resolve as they remained in high spirits even while being blown out.

At half time, despite already being down 78-24, Steve Koripsky, brother and teammate to Rob, made light of his team’s position.

“I think we should still be in this game,” Koripsky said. “I mean, it’s only a couple of points. We can come back.”

Kyle Murphy would be his team’s high scorer with 17 points. Jake Miko and Steve Koripsky would be the only other members of One Time to break double-digits as they scored 15 and 12 respectively. One Time has to plug up some holes defensively if they hope to contend going further. Either that, or they can follow Steve Koripsky’s advice.

“We just got to get some cap money and do better in free agency this year,” Steve Koripsky said.