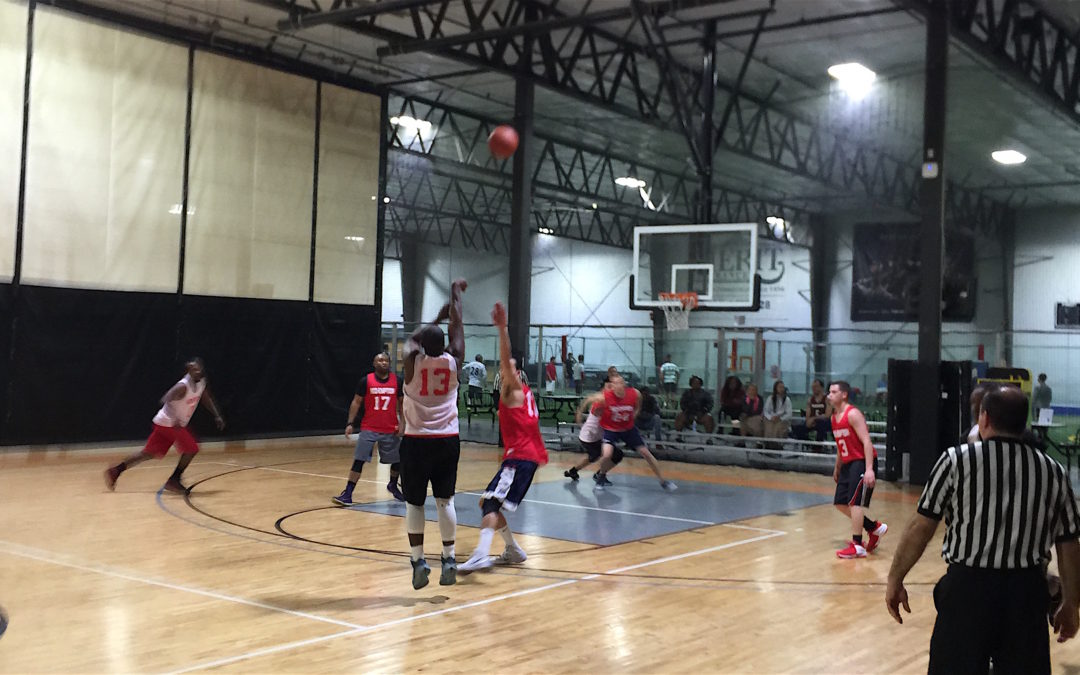 At last there is a new champion in The Legacy Leagues! The Winter 17 championship went to the Monstars after Mike Cody’s go-ahead three and Antoin Pettway’s game-sealing block, defeating Red-emption, 58-57.

“It was a team effort, everyone played their part,” the Monstars’ Corey Jacobs said.

“The key to the game was that block by Antoin [Pettway].” Monstars’ Ty Alston said.

It was a defensive game from start to finish, as seen by both teams scoring under 60 points and and both teams shooting under 45 percent from the field. All-Defensive Team player Corey Jacobs showed up on both ends, playing stellar defense on the backcourt of Red-emption. The Monstars as a team forced 11 steals and 17 turnovers for the game.

While the game came down to Cody’s three and Pettway’s block at the end, it was a tough and hard-fought battle throughout. Early in the first half, Red-emption fell behind early due to a combination of a poor shooting, and Winter 17 MVP Jalen Graham injuring his ankle. Graham ended up finishing the game, but was hobbled and not his normal self, scoring 21 points on only 7-16 shooting.

Graham did lead the game with those 21 points, but his team did not give him enough help in the end to pull out the victory. Fall 16 All-Star Scott Corchard only had five points, and the only other player on Red-emption in double-figures was big-man Pete Sklarz, with 11.

The Monstars, however, had a balanced attack, with Jacobs leading the way with 13 points. Despite Jacobs leading the team offensively, after poor a first half both Reggie Stewart and Finals MVP Mike Cody turned it on in the second half. Cody ended up with 10 points, including the game-winning three, and three steals, while Stewart had 12 points and clutch late-game free throws.

“We definitely thought we would win, we have confident guys,” Alston said after the game.

With the Winter 17 season in the books, the Monstars will look to defend their title in the Summer 17 season of The Legacy Leagues, which begins June 5.