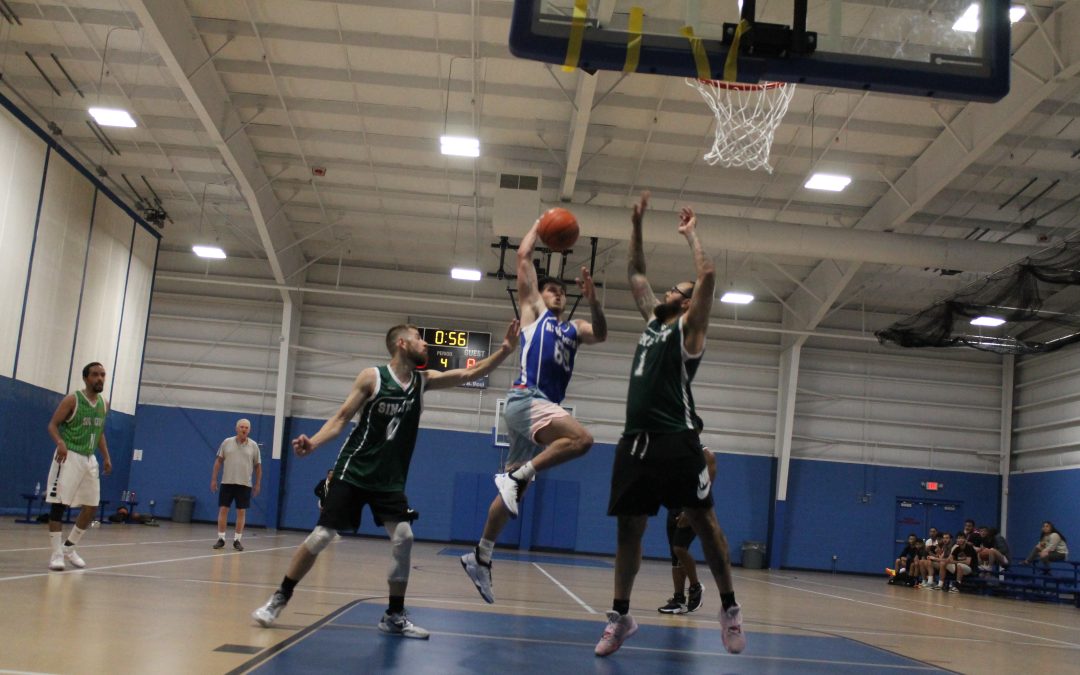 We get a rematch of one of the most exciting regular season games in the Quarterfinals, as the 3-seed RI Warriors face off against 6-seed Sin City.

The Warriors won the first matchup, 84-76, in overtime after being down nine to start the fourth quarter and needing a late comeback to overcome a double-digit deficit and push the game to overtime. In overtime, it was all RI Warriors as Sin City didn’t make a basket and the RI Warriors went on an 8-0 run to end the game.

This matchup features two of the best rookies in the league with the RI Warriors’ Gian Avedisian and Sin City’s Devon Pina. In the first matchup, Pina had one of his best games of the season scoring 37 points on 17-for-26 shooting and grabbing 21 rebounds.

Avedisian, on the other hand, had one of his worst games of the season when he had 18 points on 6-for-19 shooting while going 1-for-11 from the three-point line. The RI Warriors got a huge game from Charles Correa who picked up the slack with 32 points on 10-for-21 shooting including making 8-of-12 three-pointers.

In the Quarterfinal matchup, this game will come down to everyone around the stars for both teams. For the RI Warriors, Charles Correa, Hadaitullah Amini, and Sergio Dalomba will need to prove they are viable options playing off of Avedisian. The same goes for Sin City where it will be up to Tahj Eddington, Javon Morris, and Terrance Gallo to help Pina.

This game will feature a drastic difference in play styles. The RI Warriors lead the league in points scored and have made the second-most three-pointers. Sin City, on the other hand, has made and attempted the least amount of three-pointers in the league, but they have grabbed the most rebounds in the league and shoot one of the best percentages from inside the three-point line because of their size.

The number one key will be Sin City limiting their turnovers after leading the league in that category during the regular season, while the RI Warriors lead the league in steals. This was what derailed Sin City in a bunch of the games this season when they had leads late in the games.

Avedisian and Antonio Graziano are both in the top 10 in steals for the season, which will make it harder for Sin City and Eddington who is the main ball handler for the team. Eddington ranks first and Pina is third when it comes to turnovers during the season, which plays right into the RI Warriors hands.

My prediction for this game is RI Warriors will take care of business and defeat Sin City to avoid the upset. The first half will feature a good battle between Pina and Avedisian, but in the second half, Sin City’s turnovers could catch up to them allowing the RI Warriors to get easy baskets and to pull away in the second half.