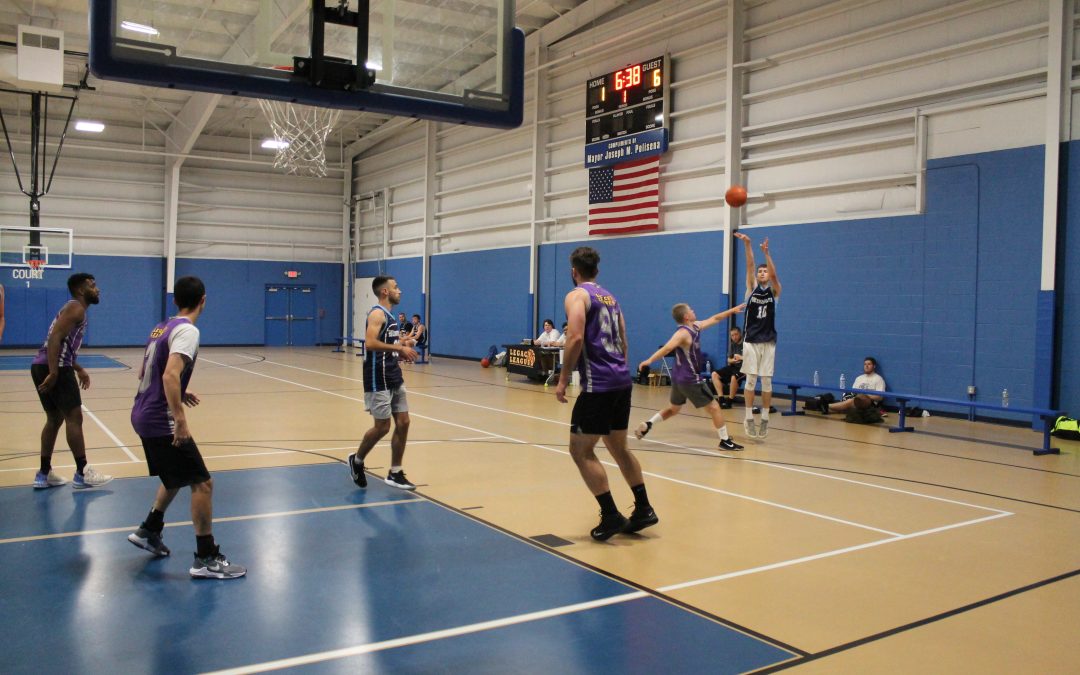 A classic rivalry is renewed in the Summer 22 Quarterfinals as two of the original six teams meet in the playoffs for just the second time as the 4-seed Werewolves takes on the 5-seed Halfway Crooks.

A key matchup to keep an eye on is going to be Brian Heston versus Spence Freeman. Brian Heston is the leading scorer on the Werewolves totaling 187 points throughout the regular season while Freeman has 172. Both players are high-flying players with explosive bounce, but something that Heston has an advantage in is his playmaking. Along with his team-leading 187 points, he also leads the team in assists with 45. At 5.6 assists per game, he has a clear advantage there against Freeman, who only averages 1.5 assists per game. This matchup isn’t the only key to the game, however.

A key for the Werewolves in this game will be if they can play a complete game as a team. They have one of the best players in the league in former MVP Brian Heston, but basketball is a team game and in order to advance to the Semifinals they’re going to need players like Gino Forte to step up.

Heston leads the team in points, rebounds, assists, blocks, and steals. Forte has played well all season as he’s the second-leading scorer on the team averaging 15.5 points per game. He’s a streaky scorer and in a game that’s going to be so fast-paced, consistent scoring options will be key.

On the opposite side of the ball, the Halfway Crooks play great basketball, but lack the depth of the Werewolves. The Crooks have three great players on their team that carry the load each game in Jared Hanson, Spence Freeman, and Jeff Winchell, but after that the points per game from other players drop off dramatically.

Out of the three players I just mentioned, Winchell averages the least points per game with 17.5 and the next most after that is Marc Belleville with 9.5 per game. If the Halfway Crooks are going to want to be competitive, they’re going to need their three other players; Belleville, Mike Wilbur, and Joey Zocco to step up and put up bigger numbers than they usually do.

Even though the Halfway Crooks don’t have a player like Heston who can do everything, their top three players excel in their own aspect. Spence Freeman leads the team in scoring averaging 21.5 points per game, Jeff Winchell is third in the league in rebounds averaging 12.9 per game, and Jared Hanson leads the team averaging 6.0 per game.

Lastly, a player who could be an x-factor in the game is the Halfway Crooks’ Jeff Winchell. The big-bodied center is a force in the paint both offensively and defensively. When he gets into the paint on offense, he can get to the rim using his strength and footwork to maneuver around defenders. When he’s in the paint on defense, he’s a tough player to score on totaling 20 blocks this season, which is second most in the league behind only Heston. How he plays in the paint, both offensively and defensively, will be a major storyline in this game.

I think the Halfway Crooks are going to come out of this game on top. I think in his first playoff game in the league, Spence Freeman will have a solid game offensively and Jeff Winchell will be a dominant force in the paint. The size of Winchell will ultimately be too much for the Werewolves to handle down low as they don’t have anyone near Winchell’s strength or size. It will be a close game, and I think Heston and Clifford will be exchanging big shots down the stretch for the Werewolves, but at the end I expect the big three for the Halfway Crooks to advance to the Semifinals.