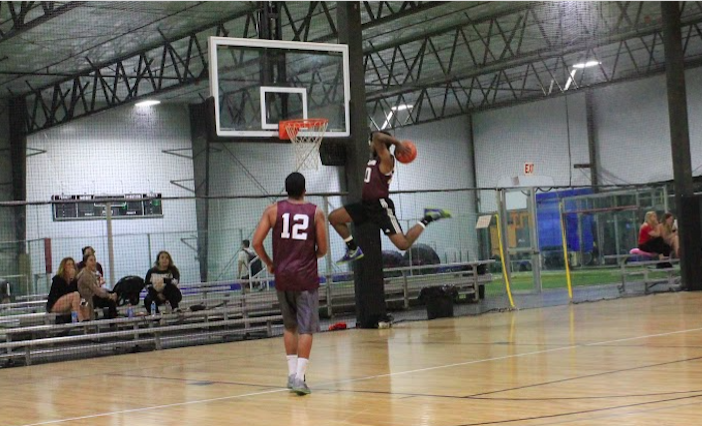 The Brotherhood has turned all nine of its opponents this season into the Washington Generals, rolling through its undefeated season without allowing an opponent to come within a 12 points. It’s fair to say it would take an unprecedented upset to dethrone the league’s top seed.

However, the winner of The Land and And-1’s playoff matchup will look to be up to the task.

The No. 8 and No. 9 seeds, respectively, have each pulled off considerable upsets late in the season. The Land (3-6) upended Sportslook in a 104-103 overtime win in Week 8 as Brett Cody, Nick Gage and Mike Cody combined for 80 points to top a record-setting 51 points from Bryan Acevedo. And-1 (2-7) upset Wake and Blake in Week 9, as Jake Miko drained nine 3-pointers while Aaron Smith went for 20 points, 17 rebounds and nine assists.

While the upset was nice, Miko is trying to maintain realistic expectations.

“It’s a confidence boost, but we have to stay humble because we’re obviously not that great of a team,” Miko said following the regular season finale. “We’ll try to make some noise in the playoffs. You never know.”

The Land and And-1 will duke it out at 8 p.m. on Tuesday night, but a win will lead to a long night. As if facing The Brotherhood was not tough enough, the winner of the matchup will only have an hour to recuperate before squaring off against the top seed at 10 p.m.

The Brotherhood has made its opponents look as though they are playing in quick sand this season. The team averages more than 100 points per game, about 20 points greater than any other team, while also leading the league in assists.

As explosive as The Brotherhood’s offense is, it is the team’s defense that takes opponents out of the games. The team executes a suffocating press, resulting in a league-leading 150 steals, 71 greater than second-place ZewCrew in that category. Michael Davis, who also won the honor for the league’s best defensive player, led the league in steals.

While the team has three All-League players, the team has held onto strict four-man rotations. The groups swap out midway through each quarter when the full team shows up, keeping themselves fresh while the other team gasps for breath.

“It feels going into the playoffs undefeated knowing nobody can beat you unless you beat yourself,” Chisholm said.