Playoff Preview: No. 1 The Brotherhood vs No. 8 Cereal Killers 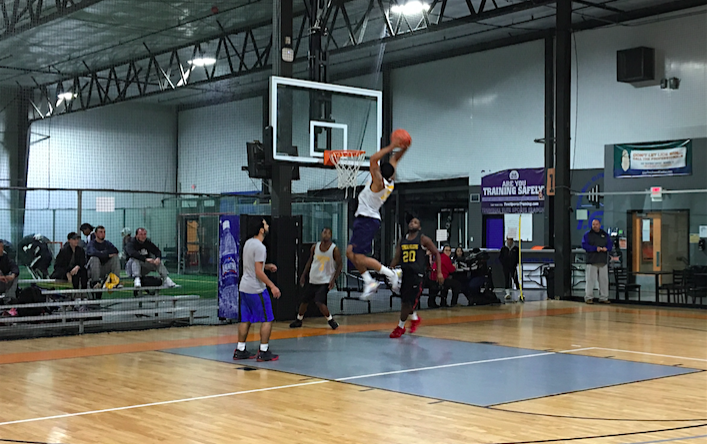 Looking back to the beginning the season, we saw these two squads toted as the powerhouses of the league. The Brotherhood, for obvious reasons, and the Cereal Killers, a newly formed squad comprised of former Brotherhood All-Star (Tyrhon Coward) and last year’s high scorer (Will Hudson). A slew of other talent with playmaker Adam Samuel made the Cereal Killers an early favorite, but since week two these teams couldn’t be more different.

The Brotherhood dominated this season, outscoring opponents 793-516 while being both defensively and offensively sound and utilizing their bench with great effectiveness. The Cereal Killers started well, winning their first two games, but haven’t been the same since seceding a comeback win and 72 points to a struggling Blood, Sweat and Beers team.

Since that tough week four loss, the Cereal Killers were 2-3 to finish the regular season, winning games against bottom dwelling One Time and the Kekambas, while losing to upper echelon teams No Limit, The Brotherhood and Run TMC, making the Cereal Killers just an average team. They might be trending upwards though, after ripping off two straight wins, including a big first round win against the Titans last Tuesday.

The Brotherhood on the other hand are hitting on all cylinders. Led by the Fall 2016 scoring leader, Russ Payton, they are a team loaded with talent and even more camaraderie. They lead the league in points scored (793), field goals made (335), steals (124) and turnovers (57). The Brotherhood find themselves still undefeated all-time in Legacy Leagues history, and are only three wins away from being crowned champs once again.

They are a complete team that features talents like Russ Payton (28.1 PPG), five players that average two steals a game, headlined by Defensive Player of the Year, Kay Hill, and last year’s MVP Michael Davis, as well as an unstoppable force in the paint and 5th Man of the Year, Tim Adanti.

The Brotherhood cannot sleep on the slumbering beast that could be the Cereal Killers. Tyrhon Coward is a pure scorer and can hit a shot from anywhere, as well as being an unstoppable force at times down low. He averages 17.6 PPG, while shooting 31% from three-point land.

Will Hudson is another guy who can frustrate you because he can clean the glass (7.9 RPG) and score from anywhere (16.8 PPG), while shooting 26 percent from three. Add in their team’s high scorer Adam Samuel (21.0 PPG) and a crafty big man in Mike Masciola (10.8 PPG), and we might just see the biggest upset to date in Legacy Leagues history.