Playoff Preview: No. 2 No Limit vs No. 10 Kekambas 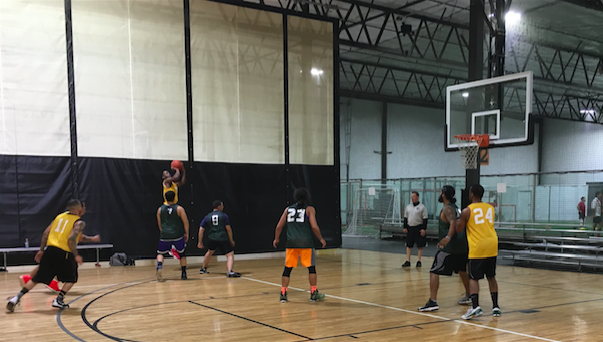 After an impressive 47-41 first round win against Blood Sweat and Beers, The Kekambas look to get revenge from week nine against a vicious No Limit squad, who will be without the cold-blooded three-point shooter, John Rullan. Down to the ‘Two-Headed Monster’, The Kekambas will look to use this as an advantage if they plan to advance to the semifinals of the Legacy Leagues Fall 2016 playoffs.

As these two teams faced off for the first time just two calendar weeks ago, No Limit was trying to secure the number two-seed, as The Kekambas were securely placed at number 10. During the matchup, Rullan received four technical fouls causing him to sit out the whole quarterfinals game against the Kekambas. Even though Howie Miller did not show up for week nine, Tarell Vargas and Ronte Byrd stepped up and battled out a 75-68 victory to secure the number two spot.

If the Kekambas have any future plans of continuing onward through the playoffs, they need to limit the turnovers on both sides of the ball. The Kekambas have the potential to beat the ‘Two-Headed Monster’ and No Limit, however, all year the turnovers have proven costly with their 2-7 regular season record. If they can lock down Vargas, the Fall 2016 Most Valuable Player, they will put more pressure on Miller and Byrd, as well as the bench, to make their shots down the stretch.

“We weren’t surprised we won, we just knew that we had to come out, playing hard defense and it was a great game all around,” The Kekambas’ Mike Ciarleglio said after week 9.

Chris Aaron, the only All-Star from the Kekambas, finished off with 24 points, five rebounds, and three assists the last time these teams met. Nevertheless, Aaron also contributed eight of the team’s 15 turnovers. If Chris Aaron can take command and facilitate the ball amongst Aaron McAlpine, Davin Sirpenski and the rest of the team, they have a real shot. Just play the game simple and letting the ball come to you will be key.

“We didn’t have two of the big three, and our bench stepped up with Javier and Jay, but we need to be more humble as every team is out here to get us every week,” No Limit’s Ronte Byrd said. “We need our main core back because we need as many players as we can to rest ourselves.”

As for the powerful No Limit squad, the team needs to forget and move on about the fact they lost Rullan, one of their best players, for the whole game. Byrd has wanted the name to be changed from the ‘Three-Headed Monster’ to the ‘Core-Four’ all year, so this is the perfect time for him to step up and lead this team to victory along side Vargas and Miller.