Playoff Preview: No. 2 No Limit vs No. 15 Stranger Danger 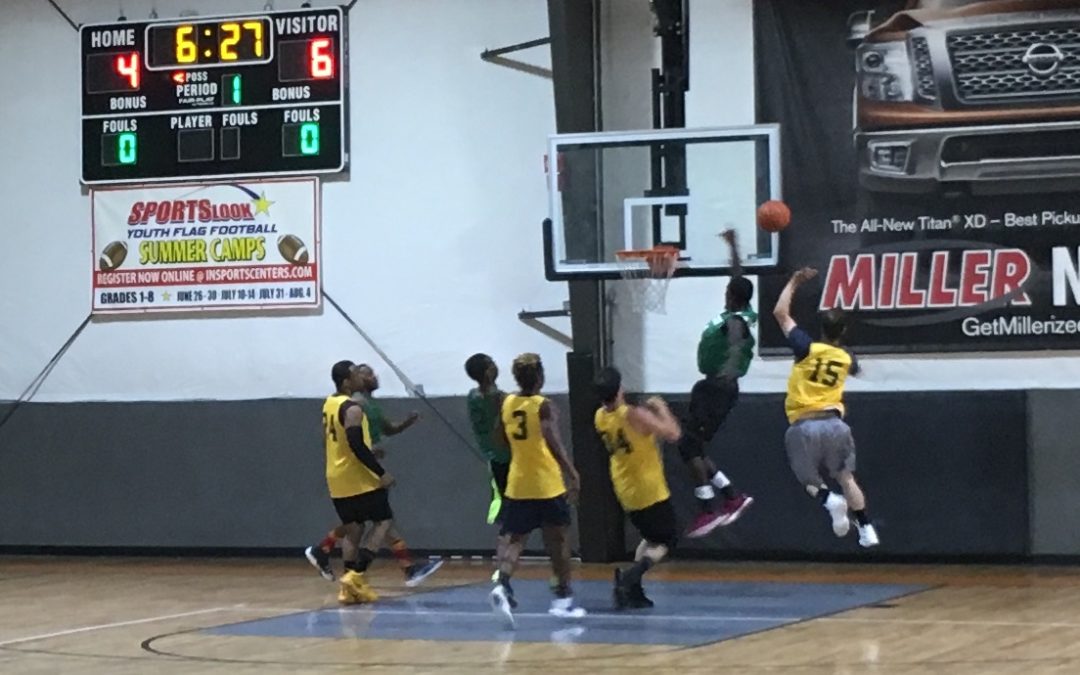 The Second Round of the playoffs can only mean harder play and more intense basketball. Stranger Danger however knows a little bit more about the win-or-go-home atmosphere, as they were the winners of their first round playoff game. They also are looking for revenge after they suffered a crippling loss to No Limit in Week 5. Stranger Danger has had the same problem all season when it came to closing games, and Week 5 against No Limit was no different. Stranger Danger also has to stay out of foul trouble and get to the line themselves when they take on a team who attempted 26 foul shots in Week 5 converting on 17 of those attempts, while Stranger Danger only attempted seven and converted on four.

No Limit however, does not know what a loss is going undefeated in regular season play. They are a very strong group of guys who are lead by a fierce big three in Jalen Graham, Howie Miller and Tarell Vargas. Jalen Graham did not take the floor in Week 5 against Stranger Danger and so teammates Ty Sands, Rashawn Hendricks and Ronte Byrd all picked up their efforts to solidify the win. While most teams are top-heavy, No Limit brings a bench full of guys who can be starters on other teams and that depth may prove a problem for Stranger Danger.

In this playoff matchup you can expect to see a lot of Jalen Graham as he will look to show this team what he can do both on offense and defense. You can also expect Stranger Danger to come out and attack early and often. Bernard Brockenberry and Zacarri Graham of Stranger Danger also must have big performances, much bigger than their first meeting. Stranger Danger also need to make sure that Steven Echols gets involved and plays under control as Stranger Danger will be looking for him to facilitate for them on offense. No Limit is well-rested and will be ready to get back to winning.

“We come here on a business trip and we just come to handle business,” No Limit’s Vargas said.

Stranger Danger will look to handle business on their own and put an end to No Limit’s perfect season as well as even the score form Week 5.